Brandie Medina made history at St. Edward’s University on Friday when she became the school’s first Black woman to get a PhD. According to the American-Statesman, the 42-year-old was part of the first cohort to complete the university’s first-ever doctoral program. According to the school’s website, the program was created to equip students for success in the constantly changing world of higher education.

Medina earned her undergraduate and master’s degrees at Prairie View A&M University, but her desire to study at her parents’ alma mater drove her to begin the virtual Doctorate in Education in Leadership and Higher Education program at St. Edward’s in autumn 2019.

“It’s not really highly expected of Black individuals to go to predominantly white institutions, so for both of my parents to finish their degrees there, and to go off and become highly successful, that resonated with me,” Medina told American-Statesman. “It showed me that by going to St. Edward’s and finishing my doctorate degree, as long as I persevere, I can be highly successful as well.”

The Doctorate of Education of Leadership and Higher Education program “teaches students how to handle crises, maintain ethics in leadership and research postsecondary education — all through a lens of diversity, equity, inclusion and social justice, multiple students and administrators,” American-Statesman explained.

Medina’s dissertation was titled “The Intersectionality of the Professional Black Woman in Education Administration.” Medina works as an early college administrator for the High Island Independent School District, which is located near Galveston. She went into school to assist students succeed. She has been in education for 20 years, beginning as a prekindergarten teacher in Houston’s Third Ward and progressing to her current position as school administrator.

She experienced various hurdles while earning her doctorate as a mother of four living in a women’s shelter. She claimed that the Wi-Fi at the shelter where she lived was so unstable that she had to drive to a library on weekends to complete her class assignments. Medina could have given up, but she knew she deserved more, she said.

“I knew that I wanted more for my kids. I knew that, if I were to give up, I’m going to end up right back where I started. I’ll still be a classroom teacher. There would be no growth in giving up.”

According to the National Science Foundation’s Survey of Earned Doctorates, Black women acquire 4.4% of PhD degrees. This highlights the significance of Medina’s story. 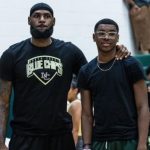