Jasmine McCall, like many entrepreneurs who resigned their 9-to-5 jobs to become their own bosses, did not find her entrepreneurial journey simple. She managed two side businesses while working full-time and raising a family.

However, her perseverance paid off, giving her the courage to leave Amazon, where she worked as a resource manager, to devote her full-time attention to her side hustles. Her and her husband earn $40,000 per month in passive income.

McCall started with two side hustles. The first was a YouTube channel where she shared money and career advice, and the other was a digital guide to help people boost their credit scores, after what she went through paying off debt.

She credited her video success to being open and honest with her audience. According to her, credit troubles and debt are very frequent, but they are typically taboo to discuss.

ALSO READ:  Moving Story of How This 11-year-old Day Trader Fought Bullies to Make $10,000 on the Stock Market

“With my YouTube channel, I wanted to create a space where I could speak openly about how I struggled with — and then succeeded in — my finances and career,” she told CNBC Make It. “In January 2021, I had paid off $110,000 of student loans and credit card debt with a combination of my salary, savings and stock dividends.”

She revealed that her first video was about dealing with debt collectors and increasing one’s credit score from 495 to 836. Within four weeks, she had 160,000 views and received a lot of great responses. According to her, the video has earned her $50,000 in YouTube ad money to date.

“I later joined the YouTube Partner Program and earned ad revenue from Google. This also helped me rank higher in YouTube search, boost my subscriber count, and land major partnership deals,” she disclosed.

Her initial video’s response motivated her to manufacture additional products. Her first digital product was a DIY Credit Boost Kit, followed by a homebuyer’s kit. She created a digital resume kit with the help of her husband after receiving feedback on her job coaching videos about how “stuck” viewers were with their resumes.

Jay, McCall’s spouse, has been a huge supporter of her entrepreneurial endeavors. He abandoned his work as a software developer to assist her. Almost all of their income is now passive. 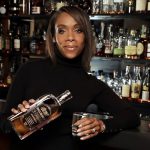 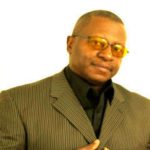