The Ahanta state was founded with the blood and sweat of men and women who gave up their lives and comforts to preserve and safeguard Ahanta and its generations. They sacrificed everything to ensure that Ahanta did not become extinct.

We are here because our forefathers and ancestors sacrificed their lives and comforts for us, but it is unfortunate that we are not living as Ahantas sufficiently these days. Everything in Ahanta has crumbled, and we are losing everything, including our language.

Although Ahanta is no longer in war or under siege from other tribes, we have lost our sense of pride, dignity, and identity as a people. I simply hope our forefathers and ancestors forgive us for not honoring their sacrifices. We are simply becoming too selfish in our ways of life, which is why Ahanta is being pulled apart by ourselves.

Ahanta was born from conflict, and when it comes to war, women are the last resort, and whenever women become involved, the situation changes in Ahanta’s favor. One such instance is the story of Pretean female captains who saved Ahanta when all hope seemed lost.

When men’s strength failed, the mantle always fell on women out of need; Ahanta’s women were always able to change things in their favor. Women fought with men on multiple times to achieve Ahanta’s victory over its opponents. Both men and women have contributed in equal measure and proportion to get Ahanta to where it is now.

Today, I tell the valiant achievements of Pretea’s all-female war captains. It was a desperate step and a means of protecting their territory from invasion for them. The late Kojo Andoh, a refined source of Ahanta oral traditions, described them as brave, courageous, and valiant women. They defied all odds, clung to fate, and fought with destiny to ensure Ahanta’s victory over its enemies.

Andoh claims that if the Pretea women had not interfered, Ahanta would have fallen to Wassa invaders. They are the ones that spared Ahanta from the Wassa’s constant attacks, and it is thanks to them that we still have a tribe called Ahanta.

We would have gone extinct if it hadn’t been for the Pretea women’s intervention. They were the ones that stood up to the Wassa and fought to the death to protect and safeguard Ahanta. Wassa took over much of Ahanta’s domains during the resistance battle. It is for this reason that the Wassa people have spread beyond the Bonsa River and encroached on the banks of the Pra River.

Wassa, Adom, and Encaser launched many raids on Ahanta throughout the resistance wars. Fantes, Wassa, Adom, Encaser, and other adjacent tribes were attacking Ahanta at the time, thus individual towns were left to their destinies to defend themselves. It was a difficult time for Ahanta because the majority of its warriors had been lost due to years of protracted wars, but in the midst of the attacks, the war captains of Pretea emerged.

Pretea had fallen to the Wassa at the time, and its citizens had fled for their lives, but the women of Pretea planned to organize themselves into bands of bandits and launch guerilla attacks on Wassa. The Pretea women used severe guerilla warfare tactics.

During the resistance wars, the Wassa people fought their way to Sekondi, Shama, and were closing in on Busua, Ahanta’s last stronghold. They had intended to capture Busua, assassinate the king, and declare victory over Ahanta.

Freda Wolfson portrayed the Wassa and Adom people as conquerors who fought their way almost to the shore and took over most of the Ahanta territories in the Pageant of Ghana. The fights were so violent that Ahanta ran out of warriors, but the Wassa and Adom tribes continued to close in on Busua. Pretea ladies appeared out of nowhere and began attacking them from behind.

The Pretea women increased their attacks to the point where the Wassa and Adom people ran out of food and began to withdraw from the battlegrounds. Other women were going to join the men on the front lines, and children were involved to some extent.

With a sigh of relief, Busua, with little men at their disposal, began advancing while the hostile tribes retreated. After the adversaries had retreated, the Pretea women went on to unleash a series of uncoordinated attacks on them.

They would attack and burn the enemies’ farmlands. They raided enemy tribes’ villages and fought guerilla-style until they took control of their lands. Finally, Ahanta had triumphed, thanks to Pretea’s female war captains.

Why are they known as war captains? According to the late Andoh, there were roughly 20 to 25 groups of women, each with a well-defined system and structure of leadership. They attacked enemy tribes from various angles, making it difficult for them to focus on where to deploy their forces.

Their tale and success on the battlefields remain a mystery to this day. In truth, the opposing tribes felt they were being attacked by spirits or ghosts, so they abandoned the war and fled. Even after they had retreated, Pretea’s war captains continued to launch sporadic attacks.

If we still have a tribe called Ahanta and own some land, and our chiefs are fighting over it, we should remember the Pretea women who saved Ahanta from extinction. 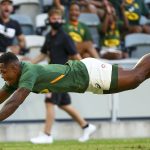 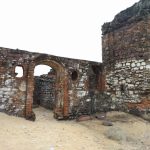