John Kabes (also spelled John Cabess or John Cabes) was a great African merchant, businessman, and state-builder who established the paramount stool of the prosperous port city of Komenda in the Eguafo Kingdom of the Gold Coast.

Despite his close relationship with the British and his function as a supplier to the Royal African Company, he used them as pawns in his game with other European countries. Because of his combined economic and political supremacy, historian Kwame Daaku referred to Cabess as one of the “merchant princes” of the Gold Coast in the 1700s.

He could be the first native African trader to become a millionaire and conduct business with Europeans. He paved the way for other well-known and wealthy Gold Coast Caboceers, such as Cudjoe of Cape Coast and Eno Baissie Kurantsi of Anomabo.

Cabess rose to prominence as a political and economic powerhouse along the coast in the early 1700s as a result of his success as a merchant, according to sources, and his influence can be seen throughout history, from the Komenda Wars to the rise of the Ashanti Empire and the expansion of British power in West Africa.

He built the paramount stool of Komenda, which had previously been a part of the inland state of Eguafo, throughout his nearly forty-year career as a trader and political leader. Cabess began as a dealer for the English—and occasionally the Dutch—and worked his way up to political power, which, however he obtained it, proved to be durable since it followed pre-existing political standards.

Cabess relocated to Komenda in the 1670s to assist the British in establishing business relationships. Captain Bracon, an African trader, was the port’s most influential British contact in the 1670s, but Cabess had surpassed him by 1686, according to researcher and historian Kweku Darko Ankrah.

By the 1680s, Cabess had become a well-known trader in Komenda. Cabess may have visited Komenda between 1683 and 1685, as Henige suggests. A British merchant boasted that “nothing will be done” in terms of trade and contacts at the port without Cabess in Komenda. He supplied shells, food, and personnel to the Royal African Company in Komenda and elsewhere along the coast to build forts and factories.

The Komenda Wars began about 1694, according to the African American Registry. Battles over trade rights raged in the Eguafo Kingdom in modern-day Ghana until 1700, primarily between the Dutch West India Company and the British Royal African Company.

Cabess was a vital component of the British campaign, and he worked tirelessly to return them to Komenda. Cabess attacked the Dutch fort many times in 1694 and 1695. This prompted discussions with the Dutch commander, Willem Bosman, who attempted but failed to shoot Cabess. Cabess played an important role as an intermediary in the city’s economy after the battles ended after 1700 and the Ashanti Empire expanded its trade along the coast.

Cabess died in 1722, according to Darko Ankrah, but his successors ran the port’s economy for the rest of the 18th century. 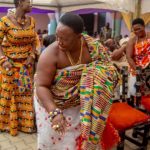 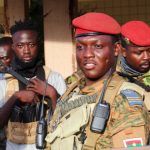