James West, an African-American inventor and professor, pioneered the electret transducer technology used in 90% of modern microphones in 1962.

On February 10, 1931, he was born in Prince Edward County, Virginia. West was always fascinated by how gadgets worked as a child. When he had a screwdriver and a pair of pliers in his hand, he said that any gadget in his sight was in danger. According to Biography, he enjoyed opening these gadgets to figure out how they worked.

West stated that his fascination with electricity began when he accidentally destroyed a family radio while experimenting with his screwdriver and pliers. He was looking forward to studying science in college, but his parents were not enthusiastic because they believed he would not be able to find work because he was Black. Because of Jim Crow laws in the South, his parents advised him to become a physician.

West, still adamant about his dreams, applied to Temple University in 1953 to study physics. During the summers, he also interned at Bell Laboratories’ Acoustics Research Department in Murray Hill, New Jersey. When he graduated from Temple University with a bachelor’s degree in physics in 1957, Bell hired him as an acoustical scientist.

West and Sessler’s invention became the standard for the manufacture of microphones and other devices such as tape recorders, baby monitors, hearing aids, telephones, and camcorders. West is also well-known for his prolific writing and has over 250 patents to his name. He went on to teach at John Hopkins University.

He was heavily involved in volunteer projects aimed at encouraging women and African-American students to pursue opportunities and careers in science and technology. 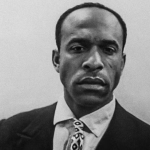