Zumbi dos Palmares was the nickname given to Francisco, a Brazilian slave who managed to escape from slavery and found the Palmares community of escaped slaves. Palmares, located in the mountains of Northeast Brazil, was a haven for runaway slaves seeking freedom and refuge from the horrors of slavery. Zumbi, born in 1655, was a charismatic and determined leader who fought valiantly to protect the community from slavers and the Brazilian army.

Zumbi’s life was marked by constant struggle and opposition. When he was a teenager, he was kidnapped by slave-hunters, but he managed to escape and make his way to Palmares. Over time, he rose through the ranks to become one of the community’s most influential leaders. He was well-known for his strategic military tactics and ability to rally the people of Palmares behind a common cause.

Despite their best efforts, the Brazilian army was unable to defeat the Palmares community. They attempted to invade the community and capture its residents several times, but were always repulsed by Zumbi and his followers. The Brazilian government eventually offered a reward for Zumbi’s capture, and he was killed by the Brazilian army in 1695 after being betrayed by one of his own followers.

Zumbi’s legacy lives on as a symbol of resistance and freedom today. He is regarded as a national hero in Brazil, and his story continues to inspire those who fight for their rights and against oppression. Although the Palmares community no longer exists, Zumbi’s spirit lives on as a reminder of the strength of the human will to fight for freedom and justice.

Following Zumbi’s death, the Palmares community continued to resist the Brazilian government’s efforts to capture and return its residents to slavery. Despite the odds stacked against them, the people of Palmares fought bravely for many years and managed to keep their freedom. However, their luck ran out, and the Brazilian army was able to invade and destroy Palmares in 1697.

Despite Palmares’ defeat, Zumbi’s memory and the community he helped create lived on. Zumbi has become a national hero in Brazil in the centuries since his death, and his birthday, November 20th, is known as Zumbi Day. On this day, people across the country remember Zumbi and the enslaved Africans who fought for their freedom.

Zumbi is remembered not only as a national hero, but also for his contribution to the development of Brazilian culture. He is regarded as one of the founders of Candomblé, an Afro-Brazilian religion that combines elements of West African and Native American spiritual practices. Zumbi and the people of Palmares were also responsible for passing down many African cultural traditions, such as music and dance, which are still an important part of Brazilian culture today.

Today, Zumbi’s legacy and the Palmares community serve as a reminder of the atrocities of slavery and the importance of fighting for freedom and justice. Zumbi’s story is one of bravery, determination, and resilience in the face of adversity, and it continues to inspire people all over the world who are fighting for their rights and opposing oppression. While the community of Palmares may be gone, the spirit of Zumbi lives on as a symbol of hope and resistance. 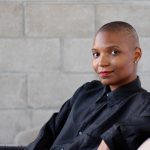 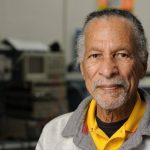