Racism was not enshrined in Canadian law, as it was in the United States and the United Kingdom, but if you were Black, you were bound to face racial discrimination from majority white citizens.

Even the small town of Dresden, Ontario, which was once a safe haven for freed men and enslaved people of African descent, exacerbated racial mistreatment. By the end of WWII, the Black population in Dresden had reached 20%, but white-owned restaurants and barbershops refused to serve them. Racism and social injustice had taken over a place that used to provide some respite to the Black community.

Finally, the campaigns resulted in the passage of laws in Ontario criminalizing discrimination in the housing sector and public places. However, because the Dresden Town Council refused to discourage whites from discriminating against Blacks, this victory remained a pipe dream.

When this was brought to the attention of Bromley Lloyd Armstrong, a Black trade unionist, community organizer and activist, he was deeply worried. He decided to participate in “sit-ins” at Dresden restaurants that barred Blacks from using their services.

ALSO READ:  AI Rapper, FN Meka Use Of N-Word Tells Us One Thing And The Angry Black Community May Be Right

The “tests” were organized in collaboration with the NUA by the Toronto-based Joint Labour Committee to Combat Racial Intolerance. The sit-ins, which were staged with media participation, became an important tool of resistance for members campaigning for racial equality and social justice in Canada and the United States.

According to the records, the Canadian sit-ins began before those in the United States. Armstrong, accompanied by Ruth Lor Malloy, a Chinese Canadian secretary of the Student Christian Movement at the University of Toronto, went to Kay’s Café in 1954, where they were denied access to any service.

This was the first of many sit-ins at Kay’s Café. Armstrong was worried that the place’s owner, Morley McKay, would attack him because Morley was upset about the frequency of the tests.

The Dresden sit-ins received extensive coverage in Canadian newspapers. Human rights activists did not leave the campaign to the media alone, but instead sent delegations to the legislature until Ontario Premier Leslie Frost publicly assured the province of the province’s commitment to anti-discrimination laws.

This prompted the establishment of the Ontario Human Rights Commission in 1961, the first of its kind in Canada and one of the world’s first human rights commissions.

Armstrong and Ruth Lot Malloy’s efforts did not end there. They expanded their campaign to include the housing industry. It was one of the first rent-ins in Canada, with the goal of desegregating the housing sector. They pretended to be a couple responding to job postings. When they found out the rooms were already taken, they sent in a white couple who were offered the exact same room. The campaign drew the authorities’ attention to the social injustice in the housing sector and got it addressed.

Armstrong was born in Kingston, Jamaica, into a family with labor movement ties. He was the fourth of Eric Vernon and Edith Miriam Armstrong’s seven children. They instilled in him a strong work ethic as well as a love of sports.

In his early years, he is said to have picked up an interest in unionism and social mobilization from his parents. Following WWII, Armstrong and his brother George decided to immigrate to Canada in search of better opportunities. 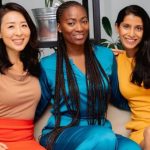