Women of color make up only 3% of law firm leadership roles, according to the American Bar Association. While working her way up the scholastic ladder to become a lawyer, Arleesha Wilson was aware of this problem.

In 2017, she graduated from Cleveland State University with a law degree as well as a master’s degree in urban planning. After passing her bar exams and becoming licensed to practice in Ohio the following year, she became a lawyer.

“I began my career studying Criminal Justice at Bowling Green State University. Shortly thereafter, I was a Probation Officer for five years. During this time, I supported many through the process of probation and found my passion for advocacy. As a Probation Officer, my philosophy was simply to inspire people to do better in life, rather than violate them, which often came with jail time,” she says on her website.

She was inspired to attend law school after discovering her passion for advocacy, she claims. She was a member of the Trial Advocacy Team in law school. This experience taught her how to present a case in court and advocate for a client.

“I continue to draw on that experience as a real-life attorney. Cleveland Marshall College of Law taught me how to read and interpret the law, a skill that I offer clients in hopes of helping them fight through the complex legal system. Although I can’t promise to win every case, I can promise to fight for my clients,” she notes.

The mother of two runs her own law company and refers to herself as “The People’s Esquire” since she helps people who fall into the “Justice Gap.” They are often persons who do not qualify for Legal Aid but do not have the financial resources to hire an expensive counsel, according to wkyc.com.

She had only recently become a lawyer when she began taking calls from people in need of legal assistance, all while working full-time in the non-profit sector. As the demand for her services increased, she went full-time at her law firm. This was in January 2020, right before COVID-19 began.

Despite the increased demand for her services, the Cleveland native was quickly confronted with the hard reality of being a business owner in the midst of COVID-19. “I probably lost approximately $7,000 in sales for the month of March, and I was like, ‘What did I just do?'” Wilson says.

Because of her real estate background, the 37-year-old survived by relying on her savings during lean months and grew her business during the pandemic housing crisis. Wilson claims to have handled nearly 500 legal matters since establishing her law firm. 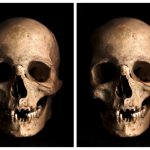 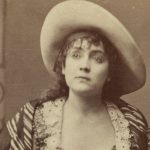