An auction firm in Belgium has apologized after receiving anger for attempting to sell three skulls of Africans slaughtered when the Democratic Republic of the Congo was a colonial. Vanderkindere auction house, according to IOL, also canceled the auction of the skulls in question.

The people whose skulls the auction business was attempting to sell were allegedly murdered between January 1893 and May 1894. The human rights organization Collectif Mémoire Coloniale et Lutte contre les Discriminations criticized Vanderkindere’s plan to auction the body parts (CMCLD). The group also called for a demonstration in Brussels to protest the sale of the skulls and to urge the Belgian government to collect and preserve them “appropriately and responsibly.”

ALSO READ:  Remembering Andrew J. Beard, Who Rose From Slavery To Become Inventor Of The Railroad Coupler That Saved Lives
ALSO READ:  Black War Heroes Who Sacrificed Everything To Serve In The American Revolution

Vanderkindere had planned to sell the skulls as part of a private colonial collection on December 14. “The Vanderkindere auction house sincerely apologizes for offering at auction a lot consisting of three human skulls linked to Belgian colonial history, and they are therefore urgently withdrawn from the sale,” the auction house stated.

“We in no way condone the suffering and humiliation suffered by the people who are victims of these colonial acts. We once again offer our deepest regrets to anyone who has been hurt and hurt by the sale of this lot.”

The announcement that the skulls were for sale prompted indignation across Europe and on social media. Human rights groups condemned the ruling as “dehumanizing and racist.”

Belgium colonized the Central African territory formerly known as the Belgian Congo between 1908 and 1960. According to reports, millions of Congolese nationals were killed during Belgian rule. Some died as a result of famine and disease. 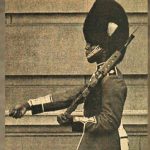 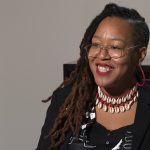