A witness has confirmed that Children were among those who died during the New Year stampede in Uganda.

Ramadhan Apong explained that the stampede started when they went to view the fireworks on the platform and while returning downstairs.

“It was 30 minutes to midnight then MC told us that we should go up and watch fireworks from the parking up. Then as we were going up they told us, ‘now you have to go back.’ So, some people had already reached the parking, so they forced them to come back to the main hall. So, that pressure from up and the pressure from down lead to loss of breath to some colleagues of ours which lead to their death.”

At least nine people died, most aged between 10 and 20, in the shopping mall crush as revellers rang in the New Year in Uganda’s capital Sunday.

“I lost a friend of mine by the names of Margaret Nakatumba. Because I’d gone with her, yeah. I found her there. She was enjoying, was having fun. But due to loss of breath, she lost her breath and eventually she died” he added.

The celebrations to welcome in 2023 were the first in the east African country in three years, after restrictions linked to the Covid-19 pandemic and security. issues. 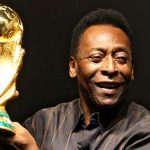 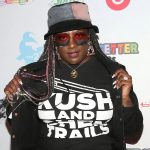