Kwabs Asamoah and his family left Ghana for the United States when he was nine years old. He arrived in America at a time when many people thought Africans were savages with primitive minds. As a result, he found it difficult to fit in.

“I had a tough upbringing. It was challenging. The only equal I had was education,” he told Face2Face Africa in a recent interview for “The Returnee Project.” According to Asamoah, what even compounded his integration was the fact that he didn’t speak a word of English.

Despite his difficult years in the United States, his parents never compromised on education. He was given two options: “sink or swim.” And, he claims, the admonishing gave him some fortitude in his adult life and business career.

Asamoah, an HBCU graduate with degrees in physics and engineering, would later discover a passion for fashion and abandon engineering. He had no formal training in fashion, despite developing an interest in it as a STEM student.

Nonetheless, college taught him the principle of educating himself in any subject matter. “When I was going to college, I wasn’t an engineer, he said. “It was after college that I became an engineer.”

“I could take that to fashion because I knew how to learn,” he added. “And if I could apply those same principles I learned in engineering, I could also be successful in fashion.”

ALSO READ:  How to Attract Top Talent to Your Company in Africa

As he progressed in the fashion industry, he realized that there were few people who resembled him. He had grand plans to build a massive factory. However, it all began with a small factory shop called Kustom Looks Clothier, which “was doing so well,” according to Asamoah.

“It had been my long-term expansion and projection. I believed that having a factory would be a better setup for me. “There weren’t many successful labels in America that I knew of that were 10, 15, or 20 years old,” he said.

Powerful black-owned brands like Cross Colours and Fubu ‘had come and gone’ when Asamoah started Kustoms Looks. As a result, he entered the fashion industry with the intention of staying for good. And the only thing he saw as a long-term structure to stay relevant was a manufacturing wing.

Asamoah returned to Ghana, where he had left when he was nine years old, to launch his fashion business.

“The labels will come and go, but the manufacturer was pretty reliable. As a result of my logic, I was unable to establish a manufacturing operation in the United States.

“So whenever I came to Ghana, I would always see hundreds of tailors all over the place. I knew we could sew her but it was the ability to put them in a factory environment that I thought I could bring and that is what we want to work on,” Asamoah said.

Asamoah says he has faced numerous challenges since returning home and establishing his business, the most significant of which are cultural differences. He comes from a culture where credit determines his worth, wealth, and ability to accomplish things. In Ghana, however, he had to adjust to ‘dealing with a cash society.’

Another obstacle he faces is the work culture, salary structure, communication, human resources, and work ethics, as well as marching with success.

In America, Asamoah claimed to earn $100,000 per year and to own two houses and five cars, but he lacked time. Despite his challenges, one aspect of working in Ghana that he has grown to appreciate is the flexibility and time. 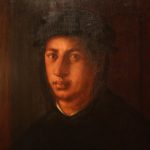