Breast Cancer Awareness Month is celebrated in October. It is recognized internationally for raising awareness of the disease and allocating funds to research the disease’s cause, prevention, diagnosis, treatment, and cure.

Black women are more likely than Whites to die from breast cancer, owing to racial disparities in healthcare that result in treatment delays or failure to receive recommended treatment.

ALSO READ:  Breast ‘Cancer Was The Best Thing to Happen To Me’: Survivor Recalls Life-affirming Battle

“For early stage breast cancer, rates of survival are often greater than 90%, but among Women of Color, particularly African American women, we see much worse mortality rates, and that’s in part related to the fact that we have people presenting with later stage disease,” Dr. Lola Fayanju told BreastCancer.org.

Researchers recently studied 441 women with a diagnosis of breast cancer at Mount Sinai. They released their study on June 4 last year, reporting that of the small number of participants who developed metastases, about 7 percent were Black women compared with just over 1 percent of white women.

“We found that this disparity existed despite accounting for late stage diagnosis,” Dr. Julia Blanter, an internal medicine resident at the Icahn School of Medicine at Mount Sinai, told Healthline.

1. Higher prevalence of obesity and other health issues

3. Higher incidence of inflammatory breast cancer. This is not a common type of breast cancer but also aggressive.

For Lisa Newman, a surgical oncologist, the genetics of breast cancer can also explain the differences between breast cancer in whites and Blacks. A 2017 study published in JAMA Oncology​ and cited by cancertoday shows that more than 40% of the variation in the frequency of breast cancer subtypes (such as triple-negative versus hormone receptor-positive breast cancer) between African Americans and whites is linked to ancestry.

Newman and colleagues also discovered that women in Ghana, West Africa, which was once a hub for the transatlantic slave trade, have a high prevalence of triple-negative breast cancer. According to Cancertoday, “almost all Ghanaian women carry the Duffy-null allele, a trait shared with African Americans of western sub-Saharan African ancestry.” The absence of Duffy antigens on blood cells is associated with malaria resistance, but it also plays a role in immune response.” According to Newman, women from East Africa are less likely to have this variant and have a lower risk of developing triple-negative breast cancer.

“When it comes to cancer, we do also need to look at genetic ancestry, because genetics can impact tumor biology as well,” Newman added. 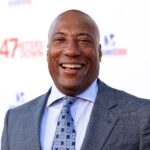 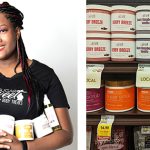