Felicia Pride writes for the famous American medical drama television series Grey’s Anatomy. A business major in college, Pride wanted to have a career in the corporate world until her professor encouraged her to minor in English.

“In college, I had a professor who saw something in my writing,” Pride told xoNecole. “[The professor] encouraged me to minor in English, but that’s more time and more money – both of which I [didn’t] have.”

ALSO READ:  Femi Otedola: How Nigerian Businessman Went From $1.2 Billion In Debt To A $1.8 Billion Net Worth
Loading...

She got into writing after taking up an internship at a Black-owned newspaper. Her first published piece was a review of Mary J Blige’s No More Drama album. She would later move to Los Angeles to start working in film distribution as an impact producer. According to her, she enjoyed this career because it allowed her to go to film festivals like Sundance for free.

ALSO READ:  After Spending Christmas Together, Rihanna Mourns Her Cousin's Death And Implies He Was Fatally Shot

Pride returned to writing after she was laid off. According to xoNecole, when Pride first moved out of California, she brought along the screenplay for her film Really Love, a romantic drama about two Black artists falling in and out of love.

Getting Really Love on the screen was not easy. “There were so many white folks who were like they seen this film a hundred times and I was like, ‘with Black people in it?’” she quizzed. After overcoming so many obstacles, MACRO bought the script for Really Love and production started. Really Love premiered virtually at the American Film Institute’s AFI Fest. The movie later debuted on Netflix in August 2021 and was among the top 10 most-watched films on the platform.

Pride had at the time got into TV show writing with her first being OWN’s Queen Sugar. Her next writing job was with Grey’s Anatomy. Going into television allowed Pride to write more in-depth while offering her a consistent source of income.

“There’s something about the ability to do long-form storytelling,” she said. “To be able to see characters change over time, to track journeys – that I really, really love.”

Outside of her television work, Pride owns a multimedia production company Honey Chile. In April, xoNecole reported that the 43-year-old was going to put out projects dedicated to and created by middle-aged Black women, including podcasts, a TV series, and two Will Packer-produced films with Universal.

Pride recently made her directorial debut with Tender, a short film about two queer Black women that she also wrote. Tender won a Lionsgate award at BlackStar Film Festival. Pride holds an M.A. in writing from Emerson College. She was also a Film Independent Screenwriting Lab Fellow and a graduate of NBC’s Writers on the Verge program as a comedy writer. 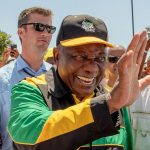