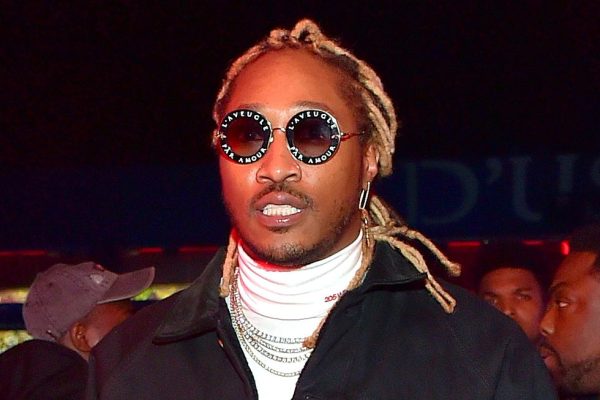 Nayvadius DeMun Cash Wilburn (born November 20, 1983) is an American rapper better known by his stage name Future. Future is known for his mumbled vocals and prolific output, and he is regarded as a forefather of the use of melody and auto-tune in modern trap music.

Nayvadius DeMun Wilburn was born in Atlanta, Georgia on November 20, 1983. He attended Columbia High School in Decatur. Future first appeared as “Future” as a member of the musical ensemble The Dungeon Family, where he earned the moniker. Rico Wade, a record producer and member of the Dungeon Family, encouraged him to hone his writing skills and pursue a career as a rapper, which could also provide a short-term respite from life on the streets. Future credits Wade with creating his sound and praises his musical guidance and influence. Rocko, another Atlanta rapper, immediately took him under his wing and signed him to his record label, A1 Recordings.

Future signed a major label recording deal with Epic Records just days before the release of his subsequent mixtape, Streetz Calling, in September 2011. Future released Astronaut Status in January 2012, after promising MTV that Streetz Calling would be his final mixtape before releasing his debut studio album. In December 2011, Future graced the cover of The FADER Issue #77. Prior to the release of his album in April 2012.

Future was named to the XXL Freshmen list in early 2012. Originally set to be released in January, his debut album Pluto was finally released on April 17th. It includes remixes of “Magic” by T.I. and “Tony Montana” by Drake. The song, Future’s debut single, debuted on the Billboard Hot 100 chart. Trae the Truth, R. Kelly, and Snoop Dogg also contribute to the album.

Future’s second album, Future Hendrix, was released in 2013. Among the artists on the album are Kanye West, Rihanna, Ciara, Drake, Kelly Rowland, Jeremih, and André 3000. Future and Drake worked together on the September 2015 mixtape What a Time to Be Alive. The album was the first by a rapper to debut at the top of the Billboard 200, Billboard R&B Charts, and Billboard Hot Rap Songs in the same calendar year since Jay Z in 2004. In the United States, the mixtape has sold over 334,000 copies.

Future released another mixtape, Purple Reign, on January 17, 2016, with executive production from Metro Boomin and DJ Esco and beat credits from Southside, Zaytoven, and others. On February 5, 2016, Future’s fourth studio album, EVOL, made its Beats 1 radio debut on DJ Khaled’s first edition of We The Best. Future has become the artist with the most number-one albums on the Billboard 200 since the release of the Glee soundtrack albums in 2010.

When both albums debuted at number one in a row, Future became the first artist to have two albums simultaneously debut at number one on the Billboard 200 and Canadian Albums Charts. On October 20, 2017, he and Young Thug released their collaborative mixtape, Super Slimey. He and Ed Sheeran, a singer-songwriter, collaborated with her on the song “End Game” from her album Reputation. The song was Future’s eighth top 20 hit, peaking at number 18 on the Billboard Hot 100.

Future composed the Superfly soundtrack, which debuted in June 2018. Future and fellow American rapper Juice Wrld collaborated on the October 19th mixtape Wrld On Drugs. Wrld on Drugs debuted at number two on the US Billboard 200, behind Lady Gaga and Bradley Cooper’s A Star Is Born, with 98,000 album-equivalent units, including 8,000 pure album sales. It was Juice Wrld’s second number-one album in the United States, and Future’s eleventh overall.

Future Hndrxx Presents: The Wizrd, Future’s seventh studio album, was released on January 18, 2019. The movie The Wizrd, which debuted on Apple Music on January 11, promoted the 20-song album. The Wizrd debuted at number one on the US Billboard 200 with 125,000 album-equivalent units, including 15,000 pure album sales, becoming Future’s sixth number-one album in the country. The album received generally positive reviews from critics. After the release of The Wizrd, which saw several tracks from the album chart on the Hot 100, Future became the artist with the tenth most Hot 100 entries.

Future won his first Grammy Award for Best Rap Performance on February 10, 2019, at the 61st Annual Grammy Awards for his work on the song “King’s Dead” from the soundtrack album of the Marvel Studios superhero blockbuster Black Panther, which he co-wrote with Jay Rock, Kendrick Lamar, and James Blake.

On June 7, 2019, Future released his first solo EP, Save Me, as his second project of the year. Despite receiving mixed reviews from music critics, Save Me debuted at number five on the US Billboard 200.

Future and Drake collaborated on the songs “Life Is Good” and “Desires,” which were both released in January 2020. In April, he released Life Is Good, his eighth studio album. On May 15, 2020, the song was released, with the title later changed to High Off Life. With 153,000 units sold in its first week, Future’s eighth consecutive album debuted at number one on the US Billboard 200 chart. Future teased a song called “Gucci Bucket Hat” that will be released in August 2020. A single featuring Herion Young and Pap Chanel was released on October 20, 2020.

Pluto x Baby Pluto, Future’s second project of the year, a studio album he co-wrote with Lil Uzi Vert, was released on November 13, 2020. It debuted at number two on the US Billboard 200 and peaked at that position. Following his appearance on Drake’s 2021 single “Way 2 Sexy,” Future broke the previous record for the most Billboard Hot 100 appearances (125) without earning a number-one single.

Future was named one of the “greatest rappers alive” by GQ in April 2022. I Never Liked You, Future’s ninth studio album, was released on April 29, 2022, following its announcement earlier in the month.

According to Future, he has had at least seven children, each with a different woman although one child’s authenticity has been disputed. Additionally, he adopted the son of one of his daughter’s moms.

Future proposed to Ciara, the mother of one of his sons, in October 2013, but she called it off in August 2014 owing to his extramarital affairs. Through Erykah Badu’s Instagram in June 2019, Future disclosed that he is Korean-American.

Ciara and Jessica Smith both sued Future in 2016. Their son “suffers from emotional and behavioral disorders resulting from Future’s neglect as a parent,” according to Smith, who filed a lawsuit against him for failing to pay child support. He was sued by Ciara for libel, slander, and defamation. A judge ruled in October 2016 that Future’s series of negative tweets against Ciara had nothing to do with the $15 million she was requesting. In 2019, two ladies from Texas and Florida filed paternity lawsuits, claiming that Future was the father of their respective sons and daughter. The Texas woman withdrew her paternity lawsuit in 2020.

At the 2019 Grammy Awards, he received Best Rap Performance and his first Grammy. Throughout his career as a rapper and musician, he has also accumulated a large number of nominations and accolades. At the 2017 Grammy Awards, Drake‘s 2016 album Views, which features a song with Future, was nominated for Album of the Year. Future earned the Best Group prize at the 2016 BET Awards owing to his many collaborations with Drake.

At the BET Hip Hop Awards, he also received wins for Best Mixtape (2015) and Best Club Banger (2014) for his albums 56 Nights and “Move That Dope,” respectively. In 2015, the Much Music Video Awards presented him with the Best Hip Hop Video prize for his collaboration with P Reign and Drake on the song “DnF.” From 2011 to 2017, Future was nominated for numerous BET Awards, BET Hip Hop Awards, MTV Awards, and Billboard Music Awards.

According to different online sources, Future has an estimated net worth of $55 million. He accumulates his wealth from song sales, retail sales, product endorsements, touring, and other commercial interests. 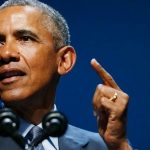 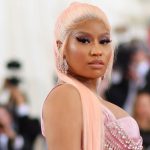