Dave Chappelle, an American comedian, has released a documentary about his historic trip to Ghana. The film depicts his arrival in the West African country in December for the first Black Star Line Festival. It also shows him touring Ghana, including the Cape Coast Castle, to learn more about how enslaved African men and women were captured and sold.

Chappelle and Chance are preparing for the Black Star Line Festival. The rapper and the festival’s organizer met at the University of Ghana. Chapelle, who was also at the festival, said it was “great” to be in Ghana on January 6. He expressed his desire to relocate to the West African country several months ago.

In a previous sitdown with supermodel Naomi Campbell on her No Filter podcast, the comedian revealed Stevie Wonder inspired him to relocate to Ghana.

“Now those in the room that know Stevie personally [have heard him] say this thing many times through the years that we’ve known him,” Chappelle said at the time. “But this last time he said it, what he said was, ‘I am moving to Ghana so that I can be valued and respected more,’ that’s almost exactly the phrase he used.”

Chappelle was welcomed to Ghana last month by the director of diaspora affairs. “It takes many people a lifetime to make this one journey,” a voice in the video of his time in Ghana says.

Watch the full documentary below: 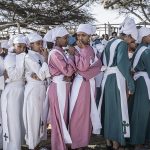 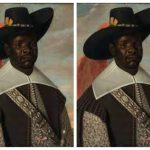