Cocoa is a major contributor to the Ghanaian economy. The West African country and Ivory Coast are the world’s top cocoa producers. Despite centuries of cocoa production, Ghana, in particular, has done little to add value to the product other than ship it in raw form for foreign cash.

Ghana’s fledgling cocoa industry processes approximately 15% of the country’s cocoa production, with the remainder exported. However, in recent years, an increasing number of Ghanaians have taken steps to enter the sector.

Edmund Poku, a former Wall Street banker, is one such person. Poku was working as an investment banker at Goldman Sachs when one of his MBA teachers encouraged him to pursue his thesis and establish a private cocoa processing company in his home country.

In 2011, he relocated to Ghana to establish Niche Cocoa, which produces cocoa and chocolate for export and the local market. According to Howwemadeitafrica, it produces cocoa products and confectionery for the global chocolate, ice cream, and bakery industries.

Cocoa consumption in Ghana is minimal when compared to Europe. According to conservative estimates, the average Ghanaian consumes roughly 0.5kg of chocolate per year, while the international market consumes about 10kg. Following the recent expansion of his confectionery production, Poku stated that his ambition is to increase chocolate consumption in Ghana and Africa. According to Howwemadeitinafrica, the company recently acquired ownership of one of Germany’s largest melting plants, allowing the brand to access European end-user chocolate manufacturers.

Poku and his colleagues have also developed a subsidiary firm called Niche Cocoa Services in the state of Wisconsin in the United States, which will be operational in 2021. According to Howwemadeitinafrica, the company will pulverize cocoa cake into cocoa powder for industrial customers in the United States.

Niche Cocoa’s success has not been without challenges, according to Poku. He explained that competing with multinational firms when purchasing beans during the main crop season is difficult. 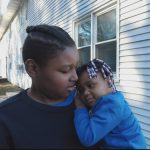 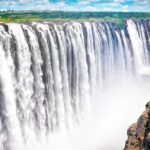