African-American baseball players struggled to break into the major leagues in the 1800s due to a ban on their involvement. Because of the game’s segregation, African Americans who wanted to play baseball were limited to the Negro Leagues. This ban on Black players entering the main leagues lasted 50 years.

Even when economic factors compelled sponsors and sport regulators to incorporate Black athletes, the process was sluggish, according to history. By the 1940s, there was some degree of integration in the baseball community.

ALSO READ:  Samuel Eto'o: A Lady Accuses the Former Cameroonian Int'l of Not Assuming the Paternity of His Daughter

Fowler was the first African-American to play professionally in baseball. He was a member of a team in New Castle, Pennsylvania. He was the first of several African Americans to play in white leagues before 1900. The white-dominated media regarded him as one of the best second basemen of his day, but due to racial segregation, he was never able to play in the Major Leagues.

Fowler was eventually dubbed “Bud” because he had a habit for calling his teammates and other players “Bud”. He played for white baseball organizations until the wind of integration began to change the game’s dynamics in 1900. Until 1895, he was the only player to have played for an all-white squad.

Following their worries against racial prejudice, Fowler and other players held a Page Fence Giants in Adrian, Michigan, in 1895. After playing at New Castle, Pennsylvania, Fowler struggled to find a team that would take him on because of the color of his skin. He died on February 26, 1913.

Moses Fleetwood Walker became the first African American to play in the Major Leagues, shattering the glass ceiling. According to bleacherreport.com, he played for Oberlin College for two years. He also spent two years at Michigan in Ann Arbor. He then transferred to the North Western League’s Toledo club, where he began his professional major league career.

He rose to national recognition as a result of his outstanding performance. Walker did not wear gloves in the major leagues, which resulted in the significant injuries that destroyed his career in years to come.

When he played for the Toledo Blue Stockings, one of the team’s most famous players, Cap Anson, refused to share the opposite field with him in the starting lineup. They eventually played, but this was the beginning of Walker’s biggest hurdles, which included the installation of a “color barrier” in the game.

The American Association (which would later become the modern-day American League) was created at the start of the 1884 season, and it included the Toledo Blue Stockings to its list of participating franchises, bringing Toledo from the minor to the major league level.

This meant that the starting catcher for the Toledo Blue Stockings would become the first African-American player to play in a professional baseball game on the first day of the 1884 season. On May 1, 1884, Walker took the field against the Louisville Eclipse, breaking the color barrier in Major League Baseball. 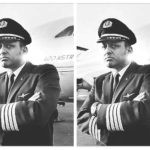 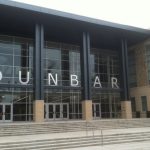