In 1851, the “Frank Case” became one of the most contentious cases in California’s early history.

In 1850, Calloway, a Missouri slave owner, sent his slave Frank to work in the gold mines of California. Frank eluded his owner soon after arriving at the mines, joining the ranks of freedom seekers who had sought refuge in San Francisco’s growing Black community. Calloway began looking for Frank and eventually found him in San Francisco.

Frank was apprehended and imprisoned under the terms of the recently enacted federal Fugitive Slave Act. To protest the detention, several African Americans in the community banded together with some white abolitionists. The groups banded together in Frank’s defense and sought legal counsel to represent him. An affidavit was sent to a local judge, Roderick Morrison, detailing Frank’s detention and impending deportation to Missouri.

The case was heard by Judge Morrison, who issued a decision that stunned California’s pro-slavery forces. Morrison claimed that the federal Fugitive Slave Act had no relevance on the Frank Case since the young abolitionist had fled Calloway while already in California and had not crossed state lines. Morrison also stated that Calloway had provided no evidence proving that Frank was his property.

During the trial, Frank stated that he had been enslaved; however, the Judge rejected his remarks because the California State Legislature had made Black testimonies in court illegal. Frank was declared free by Judge Morrison. 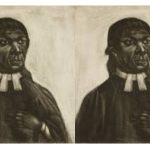 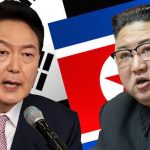