Rihanna’s fans declared that they go “so hard” for their idol after criticizing ESPN analyst Stephen A. Smith for remarks he made about the Barbadian singer’s upcoming Super Bowl performance.

Smith made those remarks on Sherri Shepherd’s daytime talk show on Wednesday, according to CNN. When asked if he was excited about Rihanna’s upcoming Super Bowl halftime performance, the 55-year-old began by calling the award-winning singer “spectacular” and congratulating her on the birth of her son. But then the ESPN analyst added, “There’s one thing she ain’t, she ain’t Beyoncé.”

His sentiments, however, did not go down well with the audience. So Smith attempted to clarify, saying, “The only reason I brought up Beyoncé is because Beyoncé recently performed at the Super Bowl.”

However, it appeared that the “damage” had already been done as Rihanna’s Navy hounded him on social media. Following the uproar, Smith attempted to calm the waters by apologizing to Rihanna in a three-minute video posted on his Twitter page.

“I want Rihanna to know, you’re a superstar, you’re sensational, you’re spectacular, you’re no joke and you are a worthy person to be doing the Super Bowl Halftime Show.”

Smith also said he was a fan of  Beyoncé, adding two of his favorite Super Bowl halftime shows were her solo performance in 2013 as well as her 2016 performance with Bruno Mars and Coldplay.

“What I’m saying is anybody has to measure up to that,” Smith added. 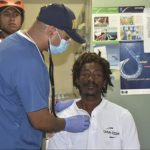 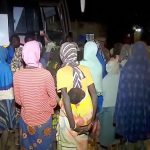