After her birth in 1937, Sister Thea Bowman was raised as a protestant in Mississippi. She was an enslaved African’s descendant. She told her parents she wanted to be a Catholic when she was 12 years old. She moved to La Crosse when she was 15 to attend St. Rose Convert, where she studied at what is now Viterbo University.

Her conversion to Catholicism was influenced by the early teachings of Franciscan Sisters of Perpetual Adoration and Missionary Servants of the Most Holy Trinity at the Holy Child Jesus Church and School in Canton.

ALSO READ:  The Story Of The Scypion Sisters Of St. Louis Who Spent 30 Years Fighting For Their Freedom In Court

According to the Sister Thea Bowman website, these religious institutions sowed the seeds of her faith and shaped her future illustrious religious journey.

She believed that being Black and Catholic meant putting her energy and knowledge into becoming the person she envisioned for herself. By this, she meant teaching, preaching, and healing the Black community about her Black history, traditions, culture, African-American song, dance, and heritage.

Sister Thea incorporated African-American folk songs into her Catholic faith. She was a contributor to the first Catholic hymnal to include gospel music. According to historians, the songs were more than just gospel songs extolling her faith; they were linked to the customs and heritage she was exposed to during her formative years.

The religious sister, teacher, and musician documented her community’s response to racial inequality and injustice, as well as their triumph over these ills. She was one of the first African-American women to teach at La Crosse’s Catholic elementary school. She chaired the English Department at Viterbo University after traveling the world and returning to La Crosse.

Dr. Deborah Pembleton, one of her former students, recalled her time with Sister Thea in the late 1960s. She stated that after meeting Sister Thea, she and her friends felt strongly motivated to leave their community.

She said anytime Sister Thea visited her school, they were empowered by the knowledge she shared with them. “We were given strict instructions by the sisters, of course, to be on our best behavior when she came. When she came, I wouldn’t necessarily say she was on her best behavior,” Pembleton was quoted by Wisconsin Life. “She would be rollicking with laughter. Her whole body would embrace the music. Her whole body would embrace education and learning and she would just be this glowing light for us.”

Sister Thea died of cancer at the age of 52 in 1990. Her messages continue to challenge the Catholic Church. Prior to her death, she was instrumental in establishing the National Black Sisters’ Conference to support African-American women in Catholic religious life. 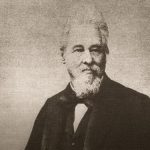 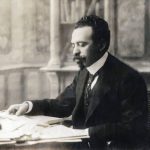