Norbert Rillieux was known as the “Godfather of the Sugar Industry” because his invention of the multiple effect evaporator under vacuum made sugar processing easier and less laborious. This was not surprising given that his father, Vincent Rillieux, was also an inventor who invented the steam-powered press for baling cotton.

According to the American Chemical Society, Rillieux was born in 1806 to Vincent Rillieux and Constance Vivant, a free woman of color. Rillieux showed an early interest in engineering, prompting his father to fly him to France for his studies.

When he was 24, Rillieux was hired as an applied mechanics instructor at the Ecole Centrale in Paris. He wrote a number of scientific papers on steam engines and steam power. While in France, he began his research into the multiple effect evaporator. George Meade, a sugar expert, noted in 1946 that Rillieux’s work was one of the great revolutionary ideas in steam economies, focusing on the repeated use of latent heat in steam and vapors.

Rillieux’s invention served as a model for modern industrial evaporation, which harnessed the energy of vapors rising from boiling sugar cane syrup and transferred those vapors through a series of chambers, leaving behind sugar crystal remnants to be processed into sugar.

His invention was quickly adopted by industry players because it was a safer, cheaper, and more effective method of extracting sugar from sugar cane juice than the Jamaican train, which was popular at the time.

The Jamaican train method employed hordes of slaves who poured boiling sugar juice into one kettle after another. Because the heat from the kettles could not be controlled, the sugar produced was of poor quality. In addition, a significant amount of sugar juice was lost during the process of moving it from one kettle to another.

When Rillieux moved to New Orleans in the early 1930s, some Louisiana sugar planters approached him and asked him to build his invention on their plantations to process sugar. In 1843, Judah Benjamin’s Bellechasse Plantation commissioned him to build an evaporator for them. Rillieux’s invention became popular during the sugar boom the following decade, in the mid-1800s.

He had the support of Benjamin Benjamin, who later served as the Confederacy’s secretary of war. Rillieux’s invention was endorsed by Benjamin, a Jewish lawyer, in an article in which he described the sugar produced by his evaporator as superb.

Rillieux rose to prominence as one of Louisiana’s most celebrated engineers and amassed considerable wealth as a result of his invention. Despite his celebrity, Louisiana laws made it difficult for Rillieux, a man of color, to sleep in plantation houses, even when he was hired to install an evaporator. While he was visiting as a consultant, some sugar planters made an adjustment by providing him with a special house with slave servants.

He returned to France when new draconian laws were enacted to make Black people’s lives more difficult. He became enraged when one of his patent applications was denied because the authorities believed he was a slave and thus could not be considered a citizen of the United States.

According to some historians, another reason he moved to France was that the sugar industry in Louisiana was experiencing a decline in profits. Rillieux died in 1894 and was buried at Pere Lachaise Cemetery in Paris. 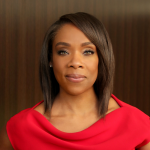 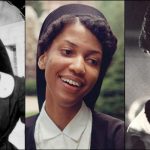