Regragui’s side became the first African nation to reach a World Cup semi-final in Qatar, with their impressive progress halted by defending champions France on Wednesday night, December 14.

Speaking on Wednesday night, Regragui expressed his pride in his team after their World Cup exit and revealed who he will be supporting on Sunday.

“We gave the maximum, that’s the most important thing,” he said. “We have shown the world that football exists in Morocco and that we have great supporters.

“We had some injuries, we lost Aguerd in the warm-up, Saiss, Mazraoui… but there are no excuses.

“We paid for the slightest mistake. We didn’t get into the game well, we had too much technical waste in the first half, and the second goal kills us, but that doesn’t take away everything we did before in the tournament.

“This was one step too far. We had too many players at 60-70% fitness. My players gave everything. They have gone as far as they could. We will support France now.”

If France come out on top in Sunday’s final at the Lusail Stadium, they will become the first team in 60 years to retain the World Cup, following Brazil’s victories in 1958 and 1962. 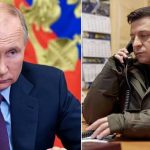