A popular TikiTok chef who also works as a prosecutor for the Harris County District Attorney’s Office has sparked outrage on social media after resurfacing tweets in which he made disparaging remarks about Black women.

Waymond Wesley II, also known as Chef Way on social media, is followed by hundreds of thousands of people. And, while Wesley made a name for himself on social media with his famous oxtail pasta recipe, his old and disparaging tweets about Black women left a sour taste in the mouths of several people, according to ABC13.

Wesley, who joined the D.A.’s office in 2021, is said to have sent the contentious tweets between 2015 and 2016. He went by the handle @WaymoTheGod at the time. Though that account has since been deleted, screenshots of some of those contentious tweets have recently been circulated.

According to Click2Houston.com, Wesley allegedly made disparaging remarks about dark skin women and body types in some of his posts. The under-fire chef is also accused of comparing Black women to garbage. After the tweets went viral, users on the social media platform reportedly labeled Wesley’s posts as colorist, anti-Black, and misogynistic.

In the wake of the backlash, Wesley released a statement rendering an apology to those he hurt in his resurfaced tweets. “To those I’ve hurt with my past tweets that have resurfaced, I am deeply sorry,” he shared on his social media platforms. “That was a moment in my life when I was sick in more ways than one. Cooking saved me. You have watched a flawed man heal. I will continue to heal and learn. Thanks for being along for the journey.”

Despite the fact that many social media users urged the D.A.’s office to fire Wesley, the county’s District Attorney Kim Ogg issued a statement in support of the under-fire chef and lawyer.

“We recently learned of comments he made on social media posts nearly seven years ago. These posts were inappropriate and offensive and do not reflect my values or those of the Harris County District Attorney’s Office,” Ogg said. “Mr. Wesley has explained that these posts came during a period in which he was struggling with serious personal issues, including alcohol addiction. Prior to joining our office, Mr. Wesley went through treatment and has worked with the State Bar of Texas to resolve his issues.”

Ogg added: “His recovery is ongoing. I am a believer in second chances, and Mr. Wesley has conducted himself professionally since joining our staff. I am confident that will continue.”

But in an interview with ABC13, Vanessa Gilmore, a retired U.S. District Judge, said an apology doesn’t suffice. “It’s not that he doesn’t deserve forgiveness. It’s that he does not deserve to be in a place that, one, shows that he may not be able to be fair in terms of his own decision-making process, and two, where it disparages and undermines people’s confidence in the justice system,” Gilmore said.

Responding to the resurfaced tweets, Tastemade released a statement saying the chef had been removed from its platform. “We’re shocked and disappointed to see this past behavior coming from a partner creator; behavior that we do not condone and certainly does not align with our values,” the company said. “He has been removed from our platform, and we do not plan to collaborate in the future.”

Anova Culinary also announced it had “completely cut ties with this person as we strive to only work with partners who share our core values.” 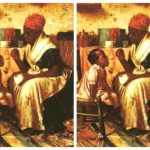 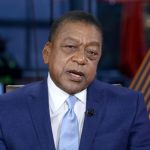