Robert Johnson personifies black excellence. RLJ, Johnson’s holding company, is a notable philanthropist, serial entrepreneur, and investor, but he will always be remembered as the founder of the first black cable channel, Black Entertainment Television (BET).

According to Johnson, the founder of Ebony, John Johnson, inspired the idea for BET. Ebony was the premier magazine profiling successful African-Americans from all walks of life at its peak.

“He had his stories in print, it was nationally distributed, but through a magazine, nobody was doing it in video and certainly no one was doing it on a national scale to aggregate as many Black households because the technology didn’t exist.”

Johnson founded BET after leaving the National Cable and Television Association NCTA, where he was vice president of government relations, in the 1980s. He previously worked as the Corporation for Public Broadcasting’s public affairs director and as the National Urban League’s Washington, D.C. office’s director of communications.

Following the revolution of satellite TV in the United States, channels were able to retain a national audience. He met an elderly man who wanted to create a channel for the elderly, according to him. He looked at the brochure his partner created while lobbying the Senate Committee on Aging for the creation of the channel.

BET only aired for two hours on Friday nights when Johnson founded it. It took five years for the first African-American cable television network to turn a profit. And the formula was straightforward: fill a gap in the market.

“Along the way came music videos and MTV started playing videos but they wouldn’t play Black music videos, so I said there’s a chance to play Black music videos and that’s where we started and the thing about it that made BET such a success was the videos were free,” Johnson said. “So imagine a business where the cable operators pay you to carry a program, the record companies give you the content for free and the advertisers pay to speak to your audience.”

In 1991, BET became the first Black-controlled company to be listed on the New York Stock Exchange. To ensure BET’s growth, he instilled a sense of community ownership. He hired Black people and gave them equity.

In 2000, Viacom purchased BET for a reported $3 billion, and he was able to create millionaires through the equity he gave them in BET. He is said to have received $1.8 billion in Viacom stock, making him the first Black American billionaire. He goes on to say that the sale instantly created eight multimillionaires.

“To me, that’s what you do as a founder, you bring your people in and give them a significant piece of the commitment to opportunity so that they feel that you have a commitment to their success as much as you have to your own success,” he said at the annual Black Men Xcel. 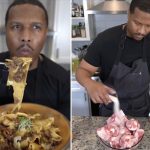 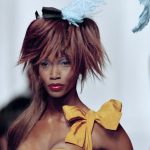