The parents of Imani Bell, a 16-year-old Georgia high school basketball player who died in August 2019 after succumbing to heatstroke during a training session, have reached a $10 million settlement with the school district. As previously reported, Imani, a junior at Elite Scholars Academy, fainted and died during a girls’ basketball team practice session in exceptionally high temperatures.

According to CBS News, Imani’s parents revealed the settlement on Tuesday. According to court filings, both parties settled the lawsuit in October. The Clayton County school district will rename the Elite Scholars Academy gymnasium after Imani, according to the terms of the agreement. A ceremony to commemorate the renaming of the gymnasium had been planned for Tuesday, according to the lawyers representing her family.

While Imani’s father, Eric Bell, called the designation a “wonderful honor,” he called the settlement “bittersweet.” “We’d give anything to have her back here,” he told the news site. In the aftermath of Imani’s death, her parents filed a wrongful death lawsuit in February of last year, according to NBC News. According to the lawsuit, Imani collapsed while participating in a conditioning routine with her colleagues.

Previously, the suit claimed that the deceased teen was “showing early signs of heat illness and was visibly struggling to physically perform the outdoor conditioning drills.” Despite the warnings, Imani was told to continue with the training, according to the suit.

The suit also claimed that during practice, Imani had difficulty racing up the stadium steps and had to cling “onto the railing to maintain upright.” “As Imani approached the top of the stadium steps, she fainted and lost consciousness owing to the intense heat and humidity,” according to the lawsuit.

Imani was then escorted indoors by school personnel, and paramedics were called. The adolescent was taken to the hospital, where she died from heat-related cardiac arrest and kidney failure. Imani died of heatstroke as a result of intense physical activity in extreme heat, according to an autopsy performed by the Georgia Bureau of Investigation.

According to the lawsuit, on the day of Imani’s death, the heat index around her school was over 100 degrees, and a heat advisory was in effect. In addition, the suit claimed that the coaches forcing the students to train in such temperatures violated Georgia High School Association protocols. Georgia high school athletics are overseen by this organization.

“Gut-wrenching. Heartbreaking. How could this happen?” Bell told CBS News last year. The deceased teen’s father also said her daughter had to be revived twice by ER doctors. “The body was so hot that it went right back into cardiac arrest,” Bell said. “I was actually in the room, and you know, that’s not a memory I’ll ever forget.”

In response to the settlement, L. Chris Stewart, an attorney for the family, stated that “it sends a nationwide message to every school district and every athletic program… that our children’s lives are more important than athletics, and that no child should die from heat exhaustion.” “We salute Clayton County for sending that message all the way across the country,” Stewart added.

Her family has now established the Keep Imani Foundation in memory of the deceased teen. According to CBS News, their lawyers stated that the settlement money will be used to partially fund the charity. Bell also stated that the foundation will provide scholarships to students and assist schools in obtaining cold tubs, which will prevent students from dying from heatstroke.

“Keep educating coaches, keep educating students about the dangers of heat and humidity, and try to be prepared for a situation like this,” Bell said in his message to school officials. 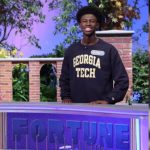