It was September 20, 1958. Dr. Martin Luther King, Jr., then 29, was signing copies of Stride Toward Freedom, his account of the 1955 Montgomery Bus Boycott that he led.

He was suddenly approached by a 42-year-old well-dressed woman, who asked him:

“Are you Martin Luther King?”

“Yes,” King replied, without looking up from where he was signing his book.

The stylishly dressed woman, who would later be identified as Izola Ware Curry, said: “I’ve been looking for you for five years,” and plunged a 7-inch, ivory-handled steel letter opener into King’s chest.

Curry had a loaded 25-calibre automatic pistol in her bra that she wanted to use but was stopped before she could, according to the Atlanta Journal Constitution.

She did not attempt to run but rather indicated: “I’ve been after him for six years.

According to media reports, when police arrived on the scene, they found King seated on a chair, calmly being attended to by supporters, and the handle of the letter opener protruding from his chest – just below his collar.

When one of the officers, Al Howard, saw the blade’s proximity to the civil rights leader’s heart, he warned him, “Don’t sneeze, don’t even speak.” While his assailant was arrested, King was rushed to Harlem Hospital. It took surgeons hours at the hospital to remove the blade without killing him.

“In a painstaking operation, surgeons opened King’s chest, exposing his aorta, and removed the letter opener with a surgical clamp,” said an article on Mashable.

ALSO READ:  Nigeria: What To Know About Benin Bronze Figures

The doctors later stated that King would have died if he had sneezed. Curry, the would-be assassin, was diagnosed with paranoid schizophrenia and spent the rest of her life in psychiatric facilities.

The Georgia native had an IQ of around 70 at the time of the incident and was found unfit to stand trial, according to the Journal-Constitution.

Prior to stabbing King, the mentally disturbed woman had delusions for many years that the NAACP was a Communist front and that its members were persecuting her and preventing her from finding a stable job. According to The Times, King became the focal point of those delusions over time.

Curry “believes she has been under constant surveillance and all her movements are known to the NAACP and Dr. King,” according to a psychiatric report obtained in 2014. She has been fearful for her life for the past year and has been carrying a gun to protect herself from potential assault.”

She died on March 7, 2015, in a nursing home in Queens, at the age of 98, after spending the rest of her life in psychiatric facilities.

King recalled the stabbing incident 10 years later in his “I’ve Seen the Mountaintop” speech of April 3, 1968.

“I want to say tonight that I too am happy that I didn’t sneeze. Because if I had sneezed, I wouldn’t have been around here in 1960, when students all over the South started sitting-in at lunch counters.

“If I had sneezed, I wouldn’t have been around here in 1961, when we decided to take a ride for freedom and ended segregation in interstate travel.

“If I had sneezed, I wouldn’t have had a chance later that year, in August, to try to tell America about a dream that I had had…”

The day after delivering his speech, the iconic leader was shot dead by a lone gunman, who was later identified as James Earl Ray in Memphis.

From 1954 to 1968, King, an American Baptist minister, was the most visible spokesperson and leader in the civil rights movement.

In the year before his death, King expressed concern about the slow pace of civil rights in America, as well as the rise in criticism from other African-American leaders.

Apart from being threatened with death, he had participated in a series of protests and spent time in jail. Before his death, he had planned another march on Washington to relaunch his movement and draw attention to a variety of issues. 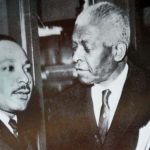 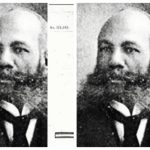