Let me introduce you to Akil Alvin. He founded Digital Detroit Media, a multimedia content creation firm. After graduating from the Detroit School of Arts, he founded the company. He turned down a college scholarship to pursue his dream job — to create and be paid.

Since its inception in 2013, his company has worked with clients such as McDonald’s, Bank of America, Ford Motor Company, and Major League Baseball’s Detroit Tigers. According to Forbes, the company’s revenue will exceed $2 million in 2021.

Alvin began his entrepreneurial journey at a young age. He was already out there looking for opportunities and making things happen at the age of seven. He remembered abandoning his American football practice and pitching camp in a nearby library.

“[In the library] I saw the awesome things that were happening in the institution,” the Detroit entrepreneur told the Peer Podcast Project.  I mean, not the just the books but the technology and the event that was going on. But I realized that I was the only one at the age of seven, of my peers, you know, I was the youngest one there. So I asked my local library ‘can I help produce events,  can I produce my own type of marketing and they said ‘yes.’”

ALSO READ:  The Story of Ashanti Prince Kwasi Boakye, Who Became the First Black Engineer in the World in the 1850s
Loading...

According to him, his marketing strategy assisted in propelling the library to the top of the region. He then worked as a producer and marketer for the National Service before launching his own ad agency, which earned him a spot on Forbes’ 30 under 30 list.

Alvin grew up in Detroit, where his parents lived on government support to take care of him and his siblings. His mother had him when she was only 15. Although growing up was challenging, the entrepreneur noted that it wasn’t new to him. According to him, most African-American families have been living within an ‘epidemic and within a pandemic.’ ” This is not new to us. From wealth disparities to racial gaps, and health disparities, we have been living in that. So they [his parents] embodied that hustling that you can never give up.”

Despite the difficulties, he described his childhood as enjoyable and loving. “I had a wonderful childhood. The media, you know, portrays it in a different light. “I tell people and clients all over the world that no matter where you are, Detroit has impacted you in some way, shape, or form,” he told the Peer Project.

“Whether it is the music of Motown that moves, Know Micheal Jackson and Steve Wonder or the automobile industry, Ford, GM and the different things that drove you from destination to destination. Or it is just the impact that we never quit. It is that grit, that grind, it that hustle and I think I was raised with all three. You know, to move you to action, grind of never quitting,” he said.

Alvin also contributes to his community. He recently launched an internship program for students, giving them real-world industry experience while working on ad campaigns with his team.

According to available data, black CEOs account for only 1% of the Fortune 500.

His decision to give back aims to increase black representation in the advertising industry.

“It’s one thing to tell me what I can do. But it’s another thing to show me someone who looks like me that is doing it,” he said. 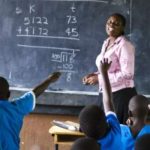