A high-level Ethiopian government delegation on Monday made the first visit to the capital of rebel-held Tigray since the signing of a peace deal last month aimed at ending a brutal two-year conflict.

Both sides applauded the visit, which aimed at building on the November 2 accord, while the Tigrayans said the talks also focussed on restoring key services to the crippled region.

“The delegation is the first of its stature as a high-level federal government body heading to Mekele in two years,” the Ethiopian government said in a statement.

“This gesture is an attestation to the peace agreement getting on the right track and progressing,” it said.

The team was led by House of Peoples Representatives speaker Tagesse Chafo and includes Redwan Hussein, who is the security adviser to Prime Minister Abiy Ahmed, as well as the ministers of justice, transport and communication and labour.

The head of Ethiopia’s road infrastructure authority and the heads of Ethiopian Airlines, Ethio Telecom and Commercial Bank of Ethiopia were also present, the government said.

Tigrayan spokesman Getachew Reda on Twitter described the visit as “a milestone” in the peace agreement.

In addition to expediting the peace agreement, the talks also looked at restoring services, he told AFP later.

After staying several hours, the officials and CEOs returned to Addis Ababa, but “technical staff are staying here,” Getachew said.

Estimates of casualties vary widely, with the United States saying that as many as half a million people have died.

The conflict has also unleashed one of the world’s worst humanitarian disasters in recent times.

The agreement signed in the South African capital Pretoria provides for the disarmament of rebel forces, the re-establishment of federal authority in Tigray and the reopening of access to the region.

The two sides on Thursday agreed to create a joint monitoring and compliance mechanism to oversee the deal and receive complaints about any abuse towards civilians.

Getachew said none of the delegation members bothered to bring close protection guards — “a testament to their confidence in Tigray’s commitment to the peace agreement.”

“Tigray on its part has welcomed and treated its guests with a sense of respect and responsibility. We will continue to build on the progress while addressing challenges ahead,” he said.

– Shortages and suffering –
Aid has started trickling back into Tigray since the peace deal was signed, going some way to alleviating dire shortages of food, fuel, cash and medicines.

But the region of six million is still largely without electricity and phone lines, while internet and banking services have only partly been restored.

The capital Mekele was hooked up to the national electricity grid on December 6, and the country’s biggest bank, the Commercial bank of Ethiopia, announced on December 19 that financial operations had resumed in some towns.

The rebels say that two-thirds of their forces have disengaged from the front lines.

Pro-government forces — specifically troops from Eritrea to the north, and militias from the Ethiopian region of Amhara — are not mentioned in the peace deal but remain in Tigray.

The rebel authorities, local people and aid workers there have told AFP that these forces have carried out looting, raping, summary executions and abductions.

Access to the region is extremely difficult, and it has not been possible to verify these accounts independently. 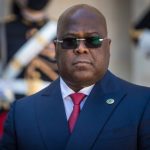