The Dutch foreign ministry issued an apology on Monday after an investigation found it to be riddled with institutional racism. According to VOA, the independent research revealed that derogatory terms such as “monkeys” were used to describe people of ethnic origin.

The investigation, which was launched in response to the Black Lives Matter movement, discovered that the ministry’s personnel of color were frequently ostracized and rejected by their White colleagues. According to the research, while workers were “not routinely attacked in person,” they were frequently subjected to “verbal aggression” as they heard individuals make disparaging comments about someone’s skin color, religion, or background.

“A number of employees have said that people have been referred to as ‘monkeys’, ‘bokitos’, ‘negroes’ and ‘Black Pete’ because of their skin color,” the report stated. “African countries have been described by one employee as ‘monkey countries.’”

ALSO READ:  Why Getting Rid Of Blackface Will Never Happen In Belgium

Black Pete, also known as Zwarte Piet, is a contentious Dutch practice in which White people wear blackface and exaggerated red lipstick in an annual parade ahead of Christmas. Belgium also hosts the festival. Bokito is also the name of a gorilla who escaped from a Rotterdam Zoo enclosure and assaulted a woman. The incident took place in 2007.

The European nation’s Minister of Foreign Affairs, Wopke Hoekstra, described the report as “painful and confrontational”. “What a number of colleagues in the department and missions worldwide have experienced is unacceptable and this touches me deeply,” he shared on Twitter.

For the report, more than 30 people were questioned. According to VOA, these included “bi-cultural” foreign ministry officials stationed in the Netherlands and others. Both embassy personnel and White employees were interviewed.

According to the report, a high proportion of those interviewed felt “ignored and passed over.” It further stated that locally employed embassy personnel, in particular, did not feel included. According to the report, the findings of the investigation “raised the question of whether there is institutional racism.” We conclude that this is correct.”

Though the Netherlands has marketed itself as a free and multicultural society, the European country has recently come under fire for its role in colonization and the slave trade, according to VOA. According to rumors, the Dutch government is planning to issue an official apology for slavery this month. However, former colonial organizations have urged for its postponement, claiming that officials have not reached them for dialogue. 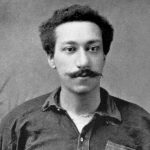