Bernard Anthony Harris, Jr. was born on this day, June 26, 1956, in Temple, Texas. He was the first African-American to walk in space. He is a former NASA astronaut and African-American scientist.

He was born in Temple, Texas, to Mrs. Gussie H. Burgess and Mr. Bernard A. Harris, Sr. In 1974, he graduated from Sam Houston High School in San Antonio, and in 1978, he earned a Bachelor of Science degree in biology from the University of Houston. Harris earned his doctorate in medicine from Texas Tech University School of Medicine in 1982.

Dr. Harris completed an internal medicine residency at the Mayo Clinic in 1985. In addition, he completed a National Research Council Fellowship at NASA Ames Research Center in 1987 and trained as a flight surgeon at Brooks AFB in San Antonio, TX, in 1988. Harris was chosen by NASA in January 1990 and became an astronaut in July 1991. He is qualified for mission specialist assignments on Space Shuttle flight crews.

ALSO READ:  Meet Nantenin Keïta, An Athlete And The Daughter of the Music Star Salif Keita: "Do what you want to do, despite the handicap"

In the Astronaut Office Operations Development Branch, he was the crew representative for Shuttle Software. Dr. Harris has completed two space missions and spent over 438 hours in space. On STS-55, he was a mission specialist (April 26 to May 6, 1993). In August 1991, Dr. Harris was assigned as a mission specialist on STS-55, Spacelab D-2, and later flew on board Columbia for ten days (April 26 to May 6, 1993), marking the Shuttle’s one-year total flight time.

Bernard Harris was a member of the Spacelab D-2 payload crew, conducting physical and life sciences research. Dr. Harris spent over 239 hours and 4,164,183 miles in space during this flight. He was the Payload Commander on STS-63, the first flight of the new Russian-American Space Program (February 2-11, 1995).

The rendezvous with the Russian Space Station, Mir, the operation of various investigations in the Spacelab module, and the deployment and retrieval of Spartan 204 were all highlights of the mission. Dr. Harris became the first African-American to walk in space during the flight. He was in space for 198 hours and 29 minutes, completed 129 orbits, and traveled over 2.9 million miles.

Dr. Harris left NASA in April 1996 and earned a master’s degree in biomedical science that same year from the University of Texas Medical Branch at Galveston. He is the Chief Scientist as well as the Vice President of Science and Health Services. He is married to Sandra Fay Lewis of Sunnyvale, California. They have a single child. He likes to fly, sail, ski, run, scuba dive, create art, and listen to music. 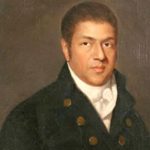 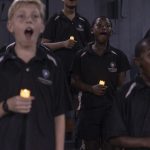