The tangled legacy of the American slave trade still has a detrimental impact on both Africans and African Americans. Two million people were held as slaves in the United States as a result of the transatlantic slave trade. Most of them were evicted Africans who had left their homes.

Many of these African slaves even perished during their terrifying voyages, arriving at their new homes too late. It was the start of many restless nights, long shifts working on plantations while starving, and a never-ending reminder that in their new lives they were nothing more than a commodity to their owners. For the ones who survived.

But some rebelled and others overcame their situations to make it, acquiring wealth even amid slavery. Here are some of them:

Forten spent a few months on a British prison ship while traveling and was on the verge of being sold into slavery, but he recovered well and went on to amass a vast fortune, becoming one of the richest Philadelphians of his time, black or white, and using his wealth to purchase the freedom of slaves.

He eventually acquired control of one of Philadelphia’s most prosperous sail lofts. Forten, who rose to become one of the richest men in the city, increased his money through diversifying. According to an account, he was purchasing, selling, and renting real estate while establishing himself as a reputable moneylender and financial advisor. He allegedly used the proceeds to buy bonds, mortgages, bank and railroad stocks, and interests in other firms. His wealth was judged to be worth $100,000 in 1832.

On January 19, 1856, Mississippi-born slave Bridget “Biddy” Mason sued her owner in a Los Angeles court to win her and her extended family’s freedom. Her owner, Robert Smith, was a Mississippi native who became a Mormon after hearing the call of church authorities to move to the West. In order to create a new Mormon colony in what would later become Salt Lake City, Utah, which at the time was part of Mexico, Joseph traveled there with Mason and other slaves as part of a religious pilgrimage. They remained there until 1851, when the Mormon slave owner relocated them once more to San Bernardino, California, where slavery was outlawed, in a caravan of 150 wagons. He relocated there to start a new Mormon settlement.

Charles H. and Elizabeth Flake Rowan, emancipated slaves, gave Biddy advice when she was traveling to the free state and advised her to formally protest her status as a slave. Her new friends in California, Robert and Minnie Owens, who were both free, gave her encouragement as well. Due to their son’s amorous involvement with Biddy’s 17-year-old daughter, the Owens were more concerned about the Mason family’s freedom. Following their detention, Biddy filed a lawsuit in 1856 at the Los Angeles District Court asking for both her freedom and the freedom of her extended family, which included 13 women and children.

ALSO READ:  John Anderson Lankford: What You Need To Know About The First African American Architect in the U.S.

After three days, Judge Benjamin Hayes issued his decision, which was supported by California’s 1850 constitution, which outlawed slavery, in favor of Briddy and her extended family. Mason later worked as a nurse and midwife. She acquired land in what is now downtown Los Angeles with the savings she had amassed.

The first A.M.E. Church, the city’s oldest African-American church, was also founded by Biddy. She used her money and philanthropy to educate her children and support the broader Los Angeles neighborhood. In 1891, Mason passed away in Los Angeles.

He accomplished a lot of “firsts.” William Alexander Leidesdorff, a man of mixed race who was born outside of marriage in St. Croix, Danish West Indies, went on to become the first Black billionaire when gold was discovered on his farm just before he passed away in 1848.

On January 17, 1759, a free man named Paul Cuffee was born on the little island of Cuttyhunk, which is just off the coast of southern Massachusetts. Cuffee and his brother John received their father’s fortune after he passed away. Cuffee expressed a strong interest in taking over his father’s trade soon after his father’s passing, and in order to support himself, he helped build boats at the harbor.

By the age of 16, Cuffee had worked on numerous cargo and whaling ships, mastered navigation, and had also taught himself to read and write. Paul Slocum had become Paul Cuffee by the time he was 21 and was well-known as a successful trader and navigator.

He gathered good fortune to build and purchase ships, hired people to work for him, and started operating his own shipyard.

Cuffee had become a very wealthy young man by the 1790s and was also very influential in the African- American society. He was considered one of the very few black millionaires in the whole of America at the time who had successfully created a maritime business that traded with Europe and the Caribbean on ships he had either built or purchased.

Cuffee was incredibly interested in the end of slavery and the emancipation of African Americans in addition to his love of trade and shipping. According to historian Donald R. Wright, he was the first free black man to visit the White House in May 1912 to discuss the release of his cargo and the cargo of several other black traders, which was approved. He later rose to become one of the most revered black men in all of America by people of all races. His impact quickly spread throughout Africa. After a few visits to Sierra Leone, Cuffee developed a keen interest in seeing that freed Africans in the USA could establish a colony in Africa with Sierra Leone being the best option. When he died in 1917, he left behind a huge estate with an estimated value of almost $20,000.

The history of slavery in the Americas has always been marred by its deep racial past. So much so that stories like those of Anthony Johnson, a black man who was the first person to legally own a slave in the U.S. is little known or studied. But Johnson’s story changed the course of American history.

Johnson is thought to have arrived in Virginia in 1621 after being taken prisoner in Angola and transported there on the James. Because Virginia at the time had no laws governing slavery, early records identified him as “Antonio, a Negro” servant. According to Blackpast.org, “Antonio the Negro” toiled on Edward Bennett’s tobacco plantation close to Warresquioke, Virginia. He wed “Mary a Negro woman,” a passenger on the Margrett and John who had traveled to the New World. Local Tidewater Indians raided the plantation in March of 1622, leaving Johnson, one of just five survivors, there and fifty-two people dead.

Sometime between 1622 and 1641, “Antonio the Negro” became landowner Anthony Johnson. The Johnsons are believed to have owned 250 acres of land along the Pungoteague Creek on the eastern shore of Virginia by 1650. They acquired the land through the headright system, which allowed planters to claim acreage for each servant brought to the colony. Anthony claimed five headrights, one in the name of his son, Richard Johnson, and the rest believed to have been men he imported.

Additionally, according to court records from 1641, Anthony had a black servant named John Casor. In a 1655 court case, Casor would become the first person to be “arbitrarily pronounced” a slave for life in the United States. After Casor persuaded Robert Parker and his brother George that he was an imprisoned indentured servant, Anthony’s neighbor and white landowner temporarily won Casor’s freedom. But Anthony engaged in a protracted legal struggle, which he ultimately won, to maintain possession of Castor.

He was referred to be “a classic Southern gentleman: elegant, well-dressed and debonair” in one of his biographies. Antoine Dubuclet, a Black slaveowner who rose to political prominence in the Republic, saved Louisiana from bankruptcy. In the South, he was the only Black person to serve as state treasurer for more than one term. During Southern Reconstruction, Dubuclet was one of only two people to hold the position of state treasurer.

Dubuclet was one of the largest Black slave owners before making history in Louisiana politics. These individuals are barely discussed today yet altered the path of American history. He owned hundreds of slaves as a sugar plantation owner in Louisiana, some of whom he inherited from his father. He became the richest Black slaveowner in the 1860s as a result of that. Dubuclet was born a free man to free parents in 1810, and was afterwards recognized as one of the wealthiest persons in the entire South, even wealthier than his white neighbors.

Before slavery was abolished, Samuel T. Wilcox started working as a grocery shop owner in 1850 and built the most high-end grocery store ever constructed in the United States. At Broadway and Fifth Street in Cincinnati, he had a food store. Wilcox had already developed a pickling and preserving business when he began this endeavor. Because he concentrated on “luxury groceries that were not stored at the time,” his supermarket business increased. According to the book History of the Negro Race in America, he became well-known for cigars, premium hams, liquors, all types of dried fruit, the best brands of sugar, fine soaps, and molasses.

Around 1814, Wilcox was born in Fredericksburg, Virginia. He was raised in Cincinnati, Ohio, and quickly rose to prominence there as one of the founders of the Iron Chest Company, a bank that also dealt in real estate. Prior to starting his grocery store, Wilcox worked as an Ohio and Mississippi River boat steward. According to this assessment, he was able to save money and develop the abilities needed for trading and maintaining accounts.

Those skills came in handy when he started his “Fancy & Staple Groceries” business, becoming the most successful Black entrepreneur in wholesale food distribution at the time. He started the business with $25,000 and made $100,000 to $140,000 in annual sales (more than $4.2 million now). 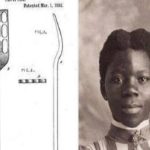 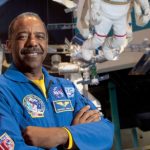