According to CBS News, Mackey opened Miami’s first Bahamian restaurant in 1929, serving tasty Bahamian dishes like fried fish and stewed conch. Miami’s first Black Bahamian restaurant owner is remembered not only for her family-run business, but also for her kindness in opening her doors to people from out of town who were homeless. She also inspired her fellow African-Americans to fight for equity and equality for all.

“When people came from out of town and didn’t have anywhere to go no place to give, she would give them a job in her restaurant and then she would get them a place to sleep until they go on their feet,” Antoinette Miller, a relative of Mackey, recounted to CBS News.

After many years in business, Mackey was forced to close the restaurant in 1969 to make way for highway construction and urban renewal. According to history, Overtown was “Black Miami’s showcase, centerpiece, and mecca” during the 1920s, 1930s, and 1940s. Black businesses thrived at the time, but things changed in the 1960s as part of the Urban Renewal Program and the I-95 extension, a ten-lane expressway that is now Miami’s primary north-south artery. Mackey’s and other black businesses were impacted.

Mackey has had a Miami street named after her nearly six decades after she closed Seafood Cafe. The street sign is near the former location of the Seafood Cafe. Authorities believe that the sign will not only provide people with instructions or information, but will also help them reconnect with their past.

“I feel so blessed,” Mackey’s granddaughter Andrea Pratt told CBS News. She campaigned for two years for the City of Miami to rename a street after her grandmother. She is glad that it has finally happened.

Mackey passed away in 1968. Naming a street after her is another way of honoring her and making sure that her story is never forgotten in Overtown and beyond, officials said.

“Our youth, they need to hear these stories, if she could do it during a time where the world is going through a downfall the Great Depression if she was able to open up a thriving restaurant that can give us hope,” said Gail Seay, City of Miami Constituent Affairs. 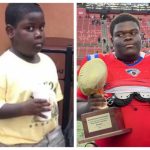 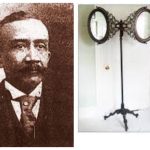