After gunmen attacked the church and robbed worshipers of their possessions during a sermon over the weekend, the Johannesburg Central SDA church in South Africa volunteered to counsel its congregation.

According to the BBC, the gunmen stormed the church during a service on Saturday and looted the congregation of their money and belongings. The incident was captured on the church’s live webcam.

Following the robbery, the church took to Facebook to express its condolences to its members and to inform them of a counseling session scheduled for Sunday.

“We are praying for the church to unify in times like these, morally and practically helping one another,” the church captioned a video of the robbery. According to the church, an Elder was preaching when the shooters stormed the premises.

The provincial police chief condemned the robbery. The law enforcement official also told local media that they would do everything possible to apprehend the suspects.

A pastor in New York was also robbed of his jewelry in July after gunmen raided his church while he was conducting a sermon, according to HowAfrica at the time. When the robbery occurred, the service at Leaders of Tomorrow International Ministries was being live-streamed. Following the robbery, the pastor, Bishop Lamor Whitehead, claimed the jewelry stolen by the suspects was worth more than $1 million.

And in an interview with CBS News, Whitehead said he believed the armed robbers targeted him. The unidentified men entered the church about five to ten minutes after the sermon started. Whitehead’s wife was also robbed.

“I said, ‘Alright, alright, alright,’ pretty much stating that I’m not going to do anything because I know you’re coming for me. You’re coming straight to me. I don’t want my parishioners hurt. I’ve got women and children there,” Whitehead said.

“As I got down, one went to my wife and took all her jewelry and had the gun in front of my 8-month-old baby’s face. Took off my bishop’s ring, my wedding band and took off my bishop’s chain, and then I had chains underneath my robe and he started tapping my neck to see if anything else. So that means they knew. They watched and they knew that I have other jewelry.”

The bishop also revealed there were around 100 worshippers in the church, adding that they all lay on the ground when the gunmen entered. “My church is traumatized. The women and children are still crying. Babies are still crying,” he said at the time. 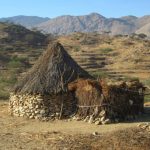 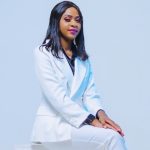