Embattled Prime Minister Liz Truss resigned Thursday following a failed tax-cutting budget that rocked financial markets and which led to a revolt within her own Conservative Party.

She had spent 44 days in office, the shortest term of any Prime Minister in British history, effective on the appointment of her successor.

Truss said in a statement outside Downing Street: “We set out a vision for a low-tax, high-growth economy that would take advantage of the freedoms of Brexit.”

Below is a timeline of her torrid stay in office

Truss, then foreign secretary comfortably beat her rival, former finance minister Rishi Sunak, by about 57 to 43 per cent after a gruelling summer-long contest decided by just over 170,000 Conservative members — a tiny sliver of Britain’s electorate.

Her victory speech had her putting forth a “bold plan” to address tax cuts and the energy crisis.

Three days into assuming office as Prime minister, she had to deal with the death of Queen Elizabeth II who had reigned for almost 70 years

Truss said “we are all devastated” at the news of the Queen’s death, which is a “huge shock to the nation and the world”.

She also described the Queen as “a rock on which modern Britain was built”, adding: “Britain is the great country it is today because of her.”

Kwarteng announced a 45% additional rate income tax band for those earning more than £150,000 would be scrapped entirely. while the 40% higher rate, charged on incomes above £50,271, will remain.

Truss will go on to say she believed the proposed tax cuts and increased government borrowing represented the “right plan” for the nation.

26th September 2022: Pound Slumps To A Low Against Dollar

A major economic setback Truss had to endure was the slump of the Pound against the Dollar as markets reacted to the UK’s most significant tax cuts in 50 years.

Sterling fell close to $1.03 early Monday before regaining some ground to stand at $1.08.

She would avoid commenting on the fall in the pound.

Truss and Kwateng abandoned their plan to abolish the 45% top rate of income tax in a humiliating U-turn, after a growing Conservative revolt over the policy and a turbulent reaction from markets.

Kwarteng would go on to say: “We get it, and we have listened.”

Truss said the decision to cut tax for people on incomes of £150,000 or more “has become a distraction from our overriding mission to tackle the challenges facing our country”.

Truss dismissed Kwarteng as her chancellor and replaced him with Jeremy Hunt ahead of a U-turn on key sections of her disastrous mini-budget, as she launched a desperate attempt to restore her crumbling political authority and to reach out more broadly to Conservative MPs.

In a tweeted letter to Truss, Kwarteng wrote: “You have asked me to stand aside as chancellor. I have accepted.”

Hunt, the former foreign secretary and health secretary who had been on the backbenches since Boris Johnson took over in 2019, was then named as Kwarteng’s replacement.

Truss dramatically announced her resignation and bowed to the inevitable after her right-wing platform of tax cuts disintegrated and as many MPs among the ruling Conservatives revolted.

Speaking in Downing Street, She said she would stay as prime minister until a successor was chosen to serve as Tory leader. 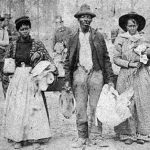 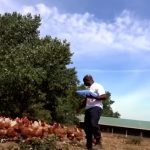