The terms of the November 2 peace agreement include disarming rebel forces, restoring federal authority in Tigray and reopening access and communications to the region, which has been cut off from the outside world since mid-2021.

Fighting broke out in November 2020 when Prime Minister Abiy Ahmed deployed the army in a bid to topple Tigrayan leaders who had been challenging his authority for months and whom he accused of attacking federal military bases.

ALSO READ:  New Round Of Peace Talks Between Ethiopia And Tigray Representatives
Loading...

A deal on the implementation of the agreement signed in Nairobi on November 12 said the disarmament of heavy Tigrayan weapons would take place at the same time as the withdrawal of foreign and non-federal forces.

Neighbouring Eritrea has backed the Ethiopian army in the conflict but Asmara did not participate in the Pretoria talks.

ALSO READ:  Ethiopia Offers No Date For End To Blackout In Tigray Region

With access to Tigray restricted, it is impossible to independently verify the situation on the ground.

An aid worker based in the strategic Tigrayan city of Shire told AFP by phone Wednesday that he saw Eritrean troops as well as members of armed forces from the neighbouring Amhara region.

Humanitarian operations have been ramped up since the peace deal, but the amount of food and medical aid being delivered remains far below the enormous needs.

Mekele was connected to the national power grid on December 6 and the Ethiopian Electric Utility has announced a plan to fully restore electricity in cities and towns in war-affected areas within two weeks, local media reported. 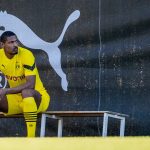