James VanDerZee was known for photographing famous people in the most compelling visual manner. At the height of his career, he photographed civil rights activist Marcus Garvey, famous poet Countee Cullen, and renowned entertainer and dancer Bill Robinson.

According to BlackPast, VanDerZee’s passion for photography began when he received his first camera at the age of 14 as a result of a magazine promotion. He used members of his family and the town of Lenox as his subjects and photographed the event hundreds of times.

He used his privileged position as one of the first people to own a camera to document the early development of community life in small town New England. At the professional level, he began by taking indoor portraits and progressed to filming his clients at weddings, funerals, and families.

VanDerZee rose to national prominence during the Harlem Renaissance by documenting the lives of middle-class black families in New York City. In 1886, he was born in Lenox, Massachusetts. He had a musical talent and hoped to pursue a professional career as a violinist. In 1906, he moved to New York City to work as a waiter and elevator operator with his father and brother.

For a short time, he pursued his dream as a pianist and professional violinist before moving on to other roles as a primary creator, where he performed as a member of the Harlem Orchestra. In 1915, he moved to Newark, New Jersey, where he worked as a darkroom assistant and later as a portraitist in a portrait studio.

A year later, VanDerZee returned to New York and settled in Harlem, at a time when many black migrants and immigrants were flocking to the city in search of greener pastures. He ran his photography business out of his sister’s music conservatory. Two years later, he named his portrait studio Guarantee Photo Studio in Harlem after his second wife, Gaynella Greenlee. This is when he rose to prominence as one of Harlem’s most celebrated photographers.

However, his business began to suffer in the early 1930s with the introduction of personal cameras and the subsequent economic meltdown. He resorted to taking passport photos, working on photo restorations, and doing other odd photography jobs to support himself for more than 20 years.

He returned to business in 1967 after his work was rediscovered by photographers and photo historians, catapulting him back into the spotlight. Celebrities sought his services, and in turn, he advertised his work in exhibits across the United States. His photographs piqued the interest of academics and film producers, who used them as subjects for books and documentaries.

His work was displayed at the National Portrait Gallery as a posthumous tribute to his abilities. 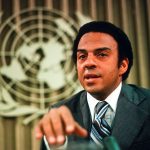