Mayowa Alaketu is a cinematographer who takes care in achieving the finest visual quality possible with the equipment he utilizes. He has spent complete seasons as an Audio Engineer in the NBA G-League and has years of audio mixing experience.

He has also done film work and photography for a variety of clients, as well as years of computer hardware and software experience, troubleshooting and resolving a variety of issues. He has also mixed audio on live television broadcasts for the NBA G-League teams of the New York Knicks and the Brooklyn Nets.

Alaketu earns $102,000 per year from his side hustle, according to CNBC Make It. He makes $85,000 per year working in multimedia production for a legal nonprofit and another $17,000 mining Ethereum.

How Alaketu spends his money

He comes from a thrifty family that values financial security. He has, however, developed his own money philosophy, allowing himself some discretionary spending. Alaketu, unlike many employees, does not keep a budget.

“My brother is one of the most frugal people I know, but for some reason, I’ve always been that one black sheep when it comes to saving money,” he told CNBC Make It. “A lot of my financial knowledge tends to be centred around making and generating income as opposed to properly managing the income that I have.”

Alateku set a goal of spending $400 per week in September of last year, despite the fact that he usually spends $1,200 per week. He ended up spending $1,000 on restaurants and going to the movies, but he was ecstatic because he spent less than his average weekly spending.

His spending changed from day to day, he told CNBC Make It. He spent $281 total on one day, including dining out and going to the movies, and $65 total on another day, spending more on snacks at 7-Eleven. Alaketu claimed that he discovered he was happier on days when he spent less money and spent his time doing things for free, such as playing baseball in the park.

“I know it sounds terrible coming from me, but I realized that you don’t need to spend a lot to have a good time,” he said. “I want to make some changes and see if I can make my way down to my original [$400] goal.” 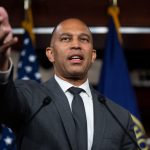 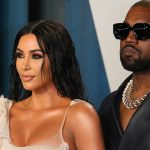