Herman Mashaba is a South African businessman and politician. During the height of apartheid, when it was nearly impossible for Blacks to run a business, he founded the Black Like Me skincare company.

Apart from apartheid, Mashaba grew up in poverty in Ga-Ramotse, a district in northern Pretoria. His mother worked as a domestic worker in Johannesburg to support him and his siblings. His father, on the other hand, died when he was still a child.

“I was born and brought up in an area where we had no role models. I lost my dad at age two,” he told How We Made It in Africa. “My mother, when I started seeing what was happening around me, was working as a domestic worker in Johannesburg. So I was brought up initially without having immediate parents around. So I don’t believe I really have anyone who I can say shaped my life and my business career.”

His elder brother dropped out of school due to financial difficulties at home, but Mashaba persisted against all odds to continue his education because he saw it as the most viable way of breaking the poverty cycle in his family.

According to entrepreneurhubSA, after graduating from Ratshepo High School in 1978, he attended the University Of The North but was unable to complete his studies due to a massive protest that resulted in the school’s closure.

Following the school’s closure, he found work as a clerk at Spar and then at a furniture manufacturer. He later worked as a salesperson for SuperKurl hair care products and rose through the ranks to become the company’s top consultant in less than a year.

Mashaba, on the other hand, aspired to be more than just a salesperson. He desired to be self-employed. He found a white business partner in Johan Kriel, then a top chemist for SuperKurl. On Valentine’s Day in 1985, he launched the Black Like Me skin company with a loan of R30 000 (now $1,700). He paid off the loan in less than eight months and is now the owner of a multi-million dollar conglomerate.

He began by selling his cosmetics on the street from his car before expanding into a multimillion-dollar business. Mashaba diversified his investments, launched other businesses, and sat on the boards of numerous companies while traveling the world, according to entrepreneurhubSA.

Mashaba is a politician as well as a successful businessman. He founded and leads the ActionSA political party. He was also the mayor of Johannesburg, a position he left in 2019. 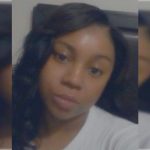 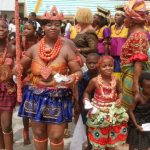