When Missouri officials changed the laws in 1824 to grant freedom to any enslaved person brought into any free territory, it gave many people of African descent in St. Louis a new lease on life.

It also meant that many African Americans had a legal basis to challenge the legality of their bondage. Over a 60-year period, over 300 civil suits were filed in St. Louis courts seeking freedom from slaveholders.

The legal battle initiated by the daring women of the Scypion family was one of the most well-known as a result of this change in the law. They were the first to challenge their captivity in court, upsetting the status quo established by some powerful white families in St. Louis.

Marie Scypion and her sisters were considered enslaved during the French occupation of St. Louis. According to St. Louis America, when power was transferred to the Spanish, enslaved Africans had the ability to keep their families without being sold by slaveholders.

Even when Marie’s owner, Joseph Tayon, tried to sell her daughters, she defended them under the new laws. When the United States purchased Missouri, Tayon saw it as another opportunity to sell Marie’s daughters.

Tayon had assumed that because Marie had died, he would face no difficulty profiting from the sale of Marie’s daughters. Celeste and Catiche, Marie’s children, dragged Tayon to court by filing a joint freedom suit.

Tayon’s own daughters, who believed their father was wrong, backed them up. Marguerite, Marie’s other daughter, later filed her own suit in pursuit of her freedom.

All three sisters were successful in their bid for freedom. However, the freedom was short-lived because it was challenged in court for over 30 years. In 1834, a jury unanimously decided that the Scypion sisters had a right to be free under Missouri law.

Following the Scypion case, another landmark case was filed by Harriet Robinson Scott. In the celebrated Supreme Court case Scott vs. Sandford, she asked the courts to grant her and her children freedom alongside her husband, Dred Scott.

After they were certain of their love, Dred married Harriet in 1836 at Fort Snelling, Minnesota. The two moved to St. Louis’ Jefferson Barracks, where they made friends in the free black community.

Their legal battle began in 1846, following the death of their slaveholder, Dr. John Emerson. Despite the fact that Dr. Emerson did not mention Harriet or her husband in his will, his widow, Irene Emerson, claimed ownership of them.

Harriet challenged her detention on the grounds that she had spent nearly six years in the free state of Minnesota. After Irene transferred ownership of the Scotts to her brother, John F. A. Sanford, the case reached the United States Supreme Court.

Many people believed that the poor ruling the courts handed down to the Scotts was one of the factors that fueled the Civil War. Harriet and her family were eventually released after their case was concluded, despite losing the court battle. Harriet relished her days as a free woman in her own home, surrounded by her loved ones. 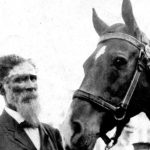 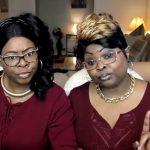