Many in the Harrisonburg community wondered why one of the most influential educators, Lucy Francis Simms, did not pursue a career as a teacher in the late 1800s. Perhaps the footprints she left behind after her death in 1934 attest to her selfless dedication to educating children in segregated schools.

Her funeral was attended by a large crowd, unprecedented in the history of African Americans who died in Harrisonburg. She gave her all in such a way that her former students, colleagues, and the community felt that paying their final respects was the least they could do.

One of the local newspapers reported that her former students and pupils from Effinger Street School lined the school’s driveway to the burial grounds. According to James Madison University, the Newton Cemetery where she was buried was added to the National Register of Historic Places in 2015.

Anyone who has followed Simms’ service should not be surprised by the foregoing. When she returned to Rockingham County after a five-decade career in education, she had taught at least 1,800 students.

ALSO READ:  The Bravery Of The Enslaved Blacks Who Led The Massive 1842 Slave Revolt In The Cherokee Nation

She spent 56 years of her life teaching at three different schools, beginning in 1877 at the Athens Colored School. She later relocated to Harrisonburg and taught children in the basement of the Harrisonburg Catholic Church.

Simms was full of energy and passion when teaching her students, despite an occasional hazard with the janitor who drove out her students in preparation for Sunday services. Effinger Street School was built after the students outgrew the basement. Simms taught for the last 52 years of her life, with the help of her half-brother, Ulysses Grant Wilson.

She was not only a tutor at Effinger, but also a mother figure to the students. She was kind and respectful to her students while demanding excellence from them. She also assisted in preparing the children for school, as many of their parents were working couples. Many of her students brought her flowers to decorate her desk in exchange for this favor.

Historians believe Simms’ humble beginnings inspired her ambitions. In 1856, she was born into slavery to the Gray family. The location of her birth was initially unknown. According to some records, she was born in Harrisonburg, either at the Collicello estate or at Hilltop Plantation, both of which were owned by Algernon Gray.

However, new evidence suggests that she was born in Roanoke when the Gray family temporarily relocated to an estate owned by them further south. In 1874, she enrolled at the Hampton Institute in Virginia. The school was founded with the intention of educating former slaves to lead their people, a goal Simms wisely met after graduating in 1877.

231 East Johnson St., where she lived, is still standing today. School officials at Effinger Street School named the school in her honor after replacing it in 1938. 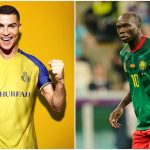