Until the 1950s, it was an unwritten rule that African Americans could swim at any of Mississippi’s local beaches. The police and city officials were hell-bent on enforcing laws that did not exist in the books.

On May 14, 1959, physician Gilbert R. Mason Sr. decided to swim at a nearby beach with some friends and their children. A city police officer confronted them and asked them to leave the beach because they were violating Mississippi segregation laws.

Dr. Felix H. Dunn, one of Mason’s friends, petitioned the Harrison County Board of Supervisors in June 1959 to investigate what laws would be violated if people of African descent visited the beaches. The Board president responded by informing Dr. Dunn that property owners along the beach owned both the beach and the water stretching out 1,500 feet from the shoreline. This meant that any black person going to the beach would be trespassing on white property owners’ property.

ALSO READ:  How Woman Boldly Put Her Life On The Line To Keep A Kentucky Slave Who Escaped To Canada Free
Loading...

Unsatisfied with the status quo, Mason, Dunn, and two other Black residents petitioned the board to allow African Americans to use the beach. A supervisor stated that the only permission given to African Americans would be to use a separate section of the beach. Mason turned down the offer.

Mason returned to the beach a year later to assert his right to use it. For his actions, the city police arrested him. This move infuriated Biloxi’s Black community, which vowed to join him in subsequent beach protests.

Mason marched with 125 Black men, women, and children to the beach on April 24, 1960, known as the Bloody Wade-In Day. This infuriated white segregationists, who responded by pelting demonstrators with rocks and firing shots over their heads. Between white segregationists and black protestors, chaos ensued. Eight African Americans and two white men were shot, and several people were injured in the fights.

The city police ignored the protest for the most part, only intervening when it became bloody. Mason was arrested, tried, and convicted of disturbing the public peace for his role in the protest. On May 17, 1960, the United States Justice Department filed a lawsuit against the city of Biloxi for denying African Americans access to the beaches.

When Biloxi officials ignored the lawsuit, civil rights leaders launched another protest, allowing them to file a lawsuit in Harrison County courts and secure a resolution. Until the final protest on June 23, 1963, there were mass wade-ins to the local beaches. Protesters held black flags in the sand in honor of Medgar Evers, who was assassinated in Jackson, Mississippi.

Hundreds of African Americans were beaten up during the protest, and 71 Black protestors were arrested. A federal judge ruled in favor of the United States Department of Justice in 1967, granting Black people legal access to Mississippi’s beaches.

Mason died on July 8, 2006, while still operating his private family practice during his Civil Rights struggle. 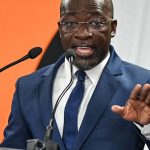 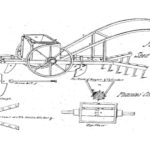