A ship carrying Ukrainian maize ran aground in the Suez Canal on Monday before being quickly refloated without disrupting traffic in this sea passage through which 10% of world trade passes.

In 2021, Egypt was shaken by the ultra-mediatised blockage of a ship, the Ever Given, for several days in the Suez Canal, a huge structure inaugurated in 1869 and then enlarged and modernised several times, which links the Red Sea and the Mediterranean.

“The M/V Glory was refloated by the Suez Canal Authority” after it “ran aground while joining a convoy near Al-Qantara”, not far from the city of Ismailia, in north-eastern Egypt, said Norwegian shipping agent Leth.

For his part, canal boss Osama Rabie reported that “51 ships are moving in both directions on Monday” on the canal.

“Traffic is continuing normally. We have dealt professionally with the breakdown on board the Glory during its passage,” he said.

The information is highly sensitive for Egypt, in the midst of an economic crisis – its currency lost 75% of its value in 2022 – and in search of dollars. The Suez Canal is one of its main sources of foreign currency income, with more than seven billion dollars in revenue each year.

The Glory, a “225-metre long, 32-metre wide ship with a carrying capacity of 41,000 tonnes”, according to the canal authorities, had “come from Turkey en route to China as part of a fleet”.

The ship left Chornomorsk, a port city near Odessa in Ukraine, on 25 December with maize as part of the Black Sea Grain Initiative, an agreement between the UN, Ukraine, Russia and Turkey that has been alleviating the global food crisis since July.

In March 2021, the Ever Given, a giant container ship of almost 200,000 tonnes whose bow got stuck in the eastern bank of the canal during a sandstorm, blocked the traffic route between Europe and Asia for several days.

The rescue operation lasted six days and cost the life of a Suez Canal Authority officer. Egypt lost between 12 and 15 million dollars per day of closure, while insurers estimated that billions of dollars a day were lost to world maritime trade.

In September, a tanker, the Affinity V, briefly blocked the Suez Canal after “technical damage to the rudder caused the ship to lose control”, according to canal authorities.

Egyptian President Abdel Fattah al-Sissi had approved in May a project to widen and deepen the southern part of the canal where the Ever Given got stuck. 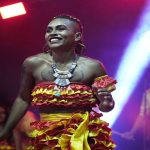 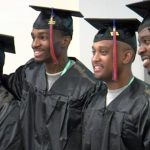