On Wednesday, an Atlanta woman went into labor in a McDonald’s restroom with the assistance of workers and her fiancé. When Alandria Worthy’s contractions began about 3 a.m. that day, her fiancé Deandre Phillips decided to take her to the hospital.

On their way, the two stopped at the Fulton Industrial Boulevard McDonald’s because Worth needed to use the restroom. “I went into the bathroom and immediately my water broke,” Worthy told WXIA. “It was an experience because everything happened so quickly.”

General manager Tunisia Woodward heard Worthy screaming and went in to help. “I thought they was joking, and I open this door, didn’t see anyone, but I saw feet [under the door].

“I opened, and she was on this toilet lying back, screaming. Then I knew to tell my crew; we’re having a baby today,” Woodward told WXIA.

McDonald’s employees Sha’querria Kaigler and Keisha Blue-Murray came to Worthy’s aid while she dialed 911. Phillips realized his fiancée had been in the bathroom for too long and went in to find her in labor.

“She was screaming on the toilet.” “I was attempting to calm her down because she was agitated,” Phillips explained to WXIA. “I told myself, ‘Just breathe.'” I placed her on the floor and removed my clothes. The ladies at McDonald’s were holding her hands, and I had her feet propped up on my knees. We instructed her to push three times. She was a warrior.”

In less than 15 minutes after three pushes later, their daughter, who they would later name Nandi Ariyah Moremi Phillips, was born in the McDonald’s restroom.

McDonald’s Little Nugget is the nickname employees at McDonald’s gave the baby. Phillips and his family love it. 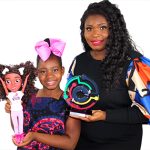 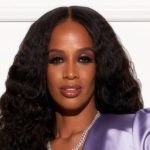