Rihanna announced recently that she would perform at the upcoming Super Bowl halftime show. This announcement sent the Navy into a frenzy, as it sparked rumors of possible new music.

Rihanna at the superbowl: pic.twitter.com/OlyqntS0eO

Of course, the Internet did what it does best: it took the reports and turned them into memes about Rihanna continuing her music hiatus and instead using the opportunity to sell her cosmetic and lingerie businesses.

ALSO READ:  SEE Some of the Best Twitter Reactions to MET Gala 2018

While there has been no news regarding new music other than the ballad track for “Black Panther: Wakanda Forever,” there has been some news regarding Savage X Fenty. According to The Mercury News, the singer of “Umbrella” is being sued for slightly more than $1 million for allegedly defrauding customers.

The Barbados superstar’s brand has been accused of deceiving customers by enrolling them in a VIP program that automatically enrolls them in recurring debit charges. According to California law, the claimed conduct violated the state’s automatic renewal statute. The counties of Santa Clara, Santa Cruz, Los Angeles, and San Diego, as well as the city of Santa Monica, sued Savage X Fenty for the legal violation.

A post shared by SAVAGE X FENTY BY RIHANNA (@savagexfenty)

“Consumers have a right to know what they are paying for and how frequently. “Businesses must be upfront about their automatic renewal charges,” said Jennifer Deng, Deputy District Attorney for Santa Clara County, in announcing the settlement.

According to California law, online organizations that advertise directly to consumers must clearly and concisely disclose disclosure fees. Furthermore, a July 2022 state law requires that any subscription be able to be canceled quickly and that there be clear guidelines on when a free trial will end.

According to the lawsuit, Savage X Fenty allegedly told customers that shop credit earned through the VIP program could be used at any time, despite the fact that it could only be utilized on purchases that surpassed the credit’s value.

Savage X Fenty has cooperated with state requirements since the action and will pay a $1 million settlement plus an additional $50,000 for investigations and $150,000 in restitution to prior or present VIP members in California.

Customers who are eligible for the payout will be notified by a third-party administrator. 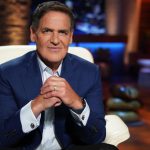