Charles Waddell Chesnutt, an African-American man of letters, was born on June 20, 1858, in Cleveland, Ohio, the son of free blacks who had fled from Fayetteville, North Carolina. Chesnutt’s parents returned to Fayetteville when he was eight years old, where he worked part-time in the family grocery shop and attended a school established by the Freedmen’s Bureau.

ALSO READ:  Mansa Musa: The Hidden Facts You Probably Might Not Know About The World's Richest Man In History, “Richer than anyone could describe”

Financial need drove him to pursue a teaching profession in Charlotte, North Carolina, in 1872. Later, in 1877, he returned to Fayetteville and married a year later. He was the principal of the Fayetteville State Normal School for Negroes by 1880.

Meanwhile, Chesnutt pursued his independent studies in English classics, other languages, music, and stenography. Despite his triumphs, he yearned for more opportunities and a chance to hone the creative skills that would lead him to a life as a novelist by 1880. Charles and his family relocated to Cleveland in 1883. He passed the state bar exam and established his own court reporting firm there. He spent the rest of his life in Cleveland, where he was financially successful and active in civic affairs.

Chesnutt’s first widely recognized work of fiction was “The Goophered Grapevine,” an unique dialect story that demonstrated an intimate grasp of black folk culture in the South. Its appearance in the August 1887 issue of the Atlantic Monthly marks the first time a short tale by a black author was published in that famous journal. After other publications approved further works in this spirit, Chesnutt submitted a collection of these stories to Houghton, Mifflin, which was published in 1899 as The Conjure Woman.

The Wife of His Youth and Other Stories of the Color Line (1899), his second collection of short fiction, covered a broader range of southern and northern racial experience than any previous writer on black American life had attempted. These two books were successful enough that Houghton, Mifflin agreed to publish Chesnutt’s first novel, The House Behind the Cedars, in 1900. This story about two blacks who became white in the postwar South revealed Chesnutt’s understanding of the psychological and social dilemmas that people of mixed blood face in the region.

The Marrow of Tradition (1901), Chesnutt’s second novel, is based on the 1898 race riot in Wilmington, North Carolina. Chesnutt, hoping to compose his generation’s Uncle Tom’s Cabin, presented an appeal for racial fairness that impressed William Dean Howells as a work of “great power,” yet with “more justice than mercy in it.” The book’s failure to sell well caused Chesnutt to abandon his aim of supporting his family as a professional novelist. In 1905, Charles released The Colonel’s Dream, a tragic story about an idealist’s attempt to revitalize a dismal North Carolina town through a socioeconomic program analogous to Henry W. Grady and Booker T. Washington’s New South philosophy. The novel got minimal critical acclaim.

Chesnutt continued to compose and publish short stories in his latter years, but he was mostly overshadowed by the writers of the Harlem Renaissance in the 1920s. The National Association for the Advancement of Colored People honored him with the Spingarn Medal in 1928 for his pioneering literary work on behalf of the African-American struggle. Chesnutt is regarded today as a major innovator in the tradition of African-American fiction, a significant contributor to the deromanticizing trend in post-Civil War Southern literature, and a unique voice among turn-of-the-century realists who addressed the color line in American life. 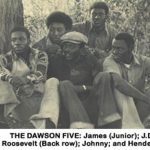 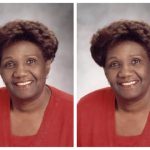