Sebastian Toral was an early Black conquistador with little information about his life. This could be because he did not achieve the financial and rank success that Juan Valiente and Juan Garrido did around the same time. These two were given advantageous positions in the armed forces, as well as in land and property.

Toral was brought from West Africa in 1533 and joined Francisco de Montejo’s forces. He wasn’t a bad leader overall, but he was unlucky and underappreciated at times. After losing a significant portion of his forces in an earlier Yutacan campaign, he augments his forces with 100 slaves. This expedition included Sebastian Toral, and as expected, de Montejo failed as well.

He’d join de Montejo’s other expeditions in Mexico. He would be passed over by the Spanish crown if given the same task as Pedro de Alvarado. In 1542, he established Merida, where Sebastian Toral settled and married. He worked as a guard after his conquistador days were over.

What stands out about Sebastian Toral is how his personal successes are linked to those of his commander. Because Francisco de Montejo failed so frequently, he isn’t as well documented as other New World captains. Toral’s career as a conquistador came to an end as his career progressed. In contrast, fellow Black conquistadors such as the aforementioned Juan Garrido and Juan Valiente served under successful commanders and were well compensated for their efforts. 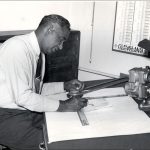 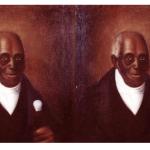