Streaming giant, Netflix has announced that Prince Harry and Meghan Markle’s recent documentary series is the second most successful on its platform.

The explosive docu-series of the Duke and Duchess of Sussex, simply titled Harry & Meghan, was released on December 8, a month before Prince Harry released his tell-all memoir.

The pair reel off a number of controversial and damaging claims about the royal family in its six-episode run.

In a report for its fourth quarter earnings, Netflix announced a gain of 7.7 million subscribers during the October-December period. The time frame saw them include the debut of an ad-supported option for seven dollars (£5.65) per month.

Both Buckingham and Kensington Palace have remained silent over the claims made by Harry in the popular series.

Away from Netflix, Harry’s Spare book also became the fastest-selling non-fiction book in the UK since records began 25 years ago in 1998. 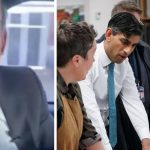