A pair of Jordan 11 “Concords” worn by Michael Jordan in 1996 sold for $92,135 on Rally, a marketplace for investors to buy and sell equity shares in collectible assets.

According to Insider, the basketball legend wore the sneakers on the court in 1996, and those who bought them early saw a nice profit after the shoes sold for nearly six figures last week, nearly doubling the early shareholders’ money.

ALSO READ:  Ethiopia Is Well Positioned to Become the Textile and Apparel Manufacturing Hub of Africa

“Our mission is turning aspirations into equity,” said Co-Founder Rob Petrozzo. “We wanted to give everybody equal access to this new world of investing.”

According to reports, the first bid for the Jordan 11 “Concords” was $65,000, before another bidder offered $70,000 before the 48-hour process was completed. More bids were received until the asset was won with a final bid of $92,135.

Although the price is a Concord record, other Jordan memorabilia has sold for much more.

Jordan’s “Last Dance” Chicago Bulls jersey became an eight-figure sports collectible after it sold for more than $10 million at auction house Sotheby’s in September 2022, becoming the “most ever paid for an item of sports memorabilia.”

A record-breaking day. Michael Jordan's iconic 1998 NBA Finals 'The Last Dance' jersey has sold for $10.1 million, setting records for a basketball jersey, any game-worn sports memorabilia, and most valuable #MichaelJordan item ever sold at auction. pic.twitter.com/7t8G98N5pW

“The season itself is his ‘magnum opus’ as an athlete, and a testament to him as a champion and competitor,” Brahm Wachter, Sotheby’s head of streetwear and modern collectibles, said in a statement, according to ABC News. “Finals jerseys from Jordan are remarkably scant and the [1998] Finals are arguably the most coveted of them all.”

“In the weeks since we announced the auction, there’s been palpable excitement from not only sports fans, but collectors alike who are eager to own a rarified piece of history,” Wachter said. “[The] record-breaking result, with an astounding 20 bids, solidifies Michael Jordan as the undisputed GOAT, proving his name and incomparable legacy is just as relevant as it was nearly 25 years ago.” 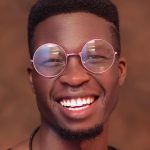 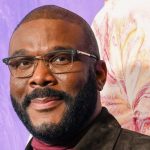