LaToya Cantrell, the mayor of New Orleans, addressed allegations in a divorce petition that she had an affair with a police officer assigned to her security detail on Wednesday. Cantrell called the allegations sexist and baseless in a text message to nola.com.

“By the time I complete my tenure as mayor I would have slept with half of the City of New Orleans based on false accusations that come my way sometimes daily,” Cantrell said in the text message. “This is only one of them.”

“You would NOT be texting me about this bull***t if you were a man,” the mayor added. According to the petition, Cantrell [identified as Mrs. L.C.] and Vappie began a “ongoing sexual relationship” in May 2021. The petition also listed ten occasions when the mayor and the police officer were together. And, while Vappie is said to have worked on about seven of those days, the petition did not specify whether those visits occurred during working hours, according to nola.com.

Vappie’s wife claims her husband and the mayor had a “sexual relationship” on August 2 and 9, 2022. Other dates were also mentioned in the petition. Aside from the visits, Vappie has accompanied Cantrell on several out-of-state trips since last year. The taxpayers paid for those trips.

If it is discovered that the couple had an affair during working hours, the case will reportedly raise many ethical and legal concerns for an incident of this nature in New Orleans, as no mayor in recent memory has made headlines for having an affair.

It is also unclear whether City Hall would have the authority to investigate whether Cantrell violated city policies prohibiting favoritism or behavior that would result in “neglect or inattention” to one’s work. Chief Administrative Officer Gilbert Montao implemented a policy prohibiting city employees from sexually harassing their coworkers in December 2021. Although the policy does not explicitly prohibit sexual relationships between supervisors and subordinates, it does state that “quid pro quo” sexual harassment occurs “when the rejection of sexual advances would result in adverse decisions affecting an employee’s job status,” according to nola.com.

Vappie would have violated multiple NOPD policies if he had an affair during working hours, according to Goyeneche, president of the watchdog Metropolitan Crime Commission. Goyeneche also stated that if Vappie clocked in for time he did not spend on duty as security, he could face criminal charges.

The NOPD’s Public Integrity Bureau is currently investigating Vappie to determine if the overtime he previously reported violated department policy. He worked overtime while also serving on Cantrell’s security detail.

Vappie has also been reassigned while the investigation is ongoing. 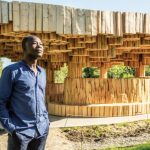 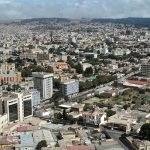