A mother in Michigan who is dissatisfied with the progress of the police investigation into her son’s murder in 2021 has put up a billboard seeking information that could lead to the arrest of the victim’s killer.

The fatal incident occurred on January 26, 2021, according to WDIV. The victim, 24-year-old Chinyelu Humphrey, was in his car when someone approached him and opened fire. The incident occurred in front of his house, and he was on the lookout for criminal activity in the neighborhood at the time.

Humphrey’s parked car was facing his mother Shamayim Harris’s home at the time of the fatal shooting. Harris, a community activist known as “Mama Shu,” said she saw the gunman in an interview with the news outlet.

However, no arrests have been made by authorities. Fearing that her son’s murder would go unsolved, Harris put up a billboard requesting assistance. “My son was murdered. I noticed who did it. I informed the authorities. There were no arrests. “Help me,” says the billboard.

Harris said she saw two people fleeing the scene of the shooting after hearing gunshots and coming out of her house. “I walked outside on the porch after hearing the gunshots and looked over there and saw them running,” she explained.

Harris remembered seeing two men standing around Humphrey’s car. She claimed one of them gave her a brief stare before fleeing. In an earlier interview, she stated that authorities did not tape off the shooting site, and that it was not treated as a crime scene.

Harris said that the police’s failure to help her was the reason she put up the billboard. “My police report got lost a couple of times. I had to re-submit it, twice,” she said. “First Highland Park Police had it.”

According to Thomas Hargrove of the Murder Accountability Project, Highland Park police are not getting to the bottom of the majority of their murder cases. “It’s a place where the majority of murders go unsolved,” Hargrove explained.

The organization investigates unsolved homicides in the United States. It also compares those figures to the number of murders that have been cleared or solved. “In 2021, they [Highland Park police] reported 9 homicides, two of which were cleared. That’s awful. “In 2020, they reported six homicides and cleared none of them,” Hargrove said.

Humphrey’s case was handed to the Wayne County Prosecutor’s Office by Highland Park a year after he was killed. “And so now it’s down to Wayne County and it’s like no movement. I can’t even get a callback,” Harris said.

“Having a year delay before another department starts investigating is difficult. They do have an eyewitness in the mother, but it’s always more difficult if time has passed,” she added. “I can’t sit around this city and not do nothing about it.” 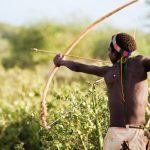 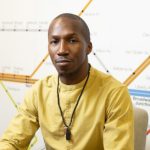